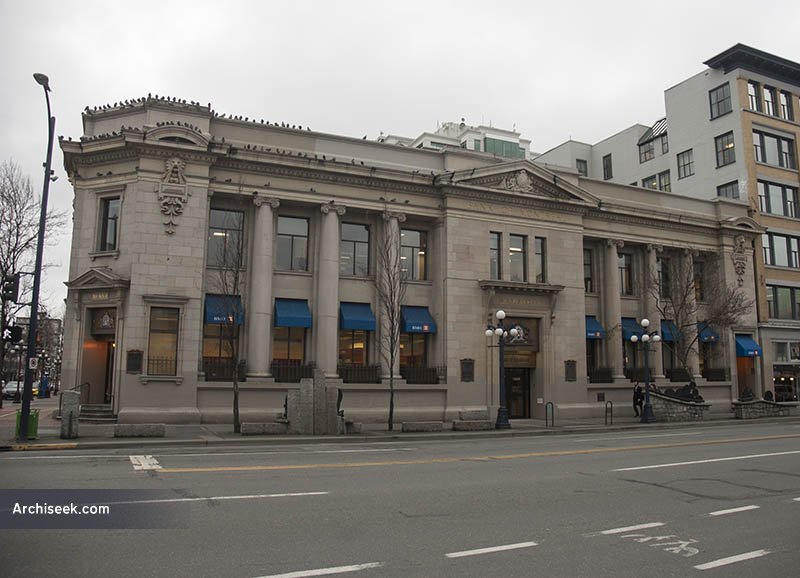 Designed by prominent architect Francis Mawson Rattenbury in 1907, this bank’s original palatial appearance, and Classical Beaux-Arts detailing was designed to inspire confidence in its customers. As the most expensive building in the city in proportion to its size when it was built, this bank’s substantial concrete construction, stone cladding and unmistakable solidity are physical indications of the affluence of the years before the First World War.

A 1922 extension of its Douglas Street facade by architects Honeyman and Curtis, and a 1945 Moderne Classical addition on Yates Street by Vancouver architect C.J. Thompson are indicative of twentieth century growth and prosperity in Victoria. The Merchant’s Bank of Canada is now the Bank of Montreal since it was taken over in 1922.