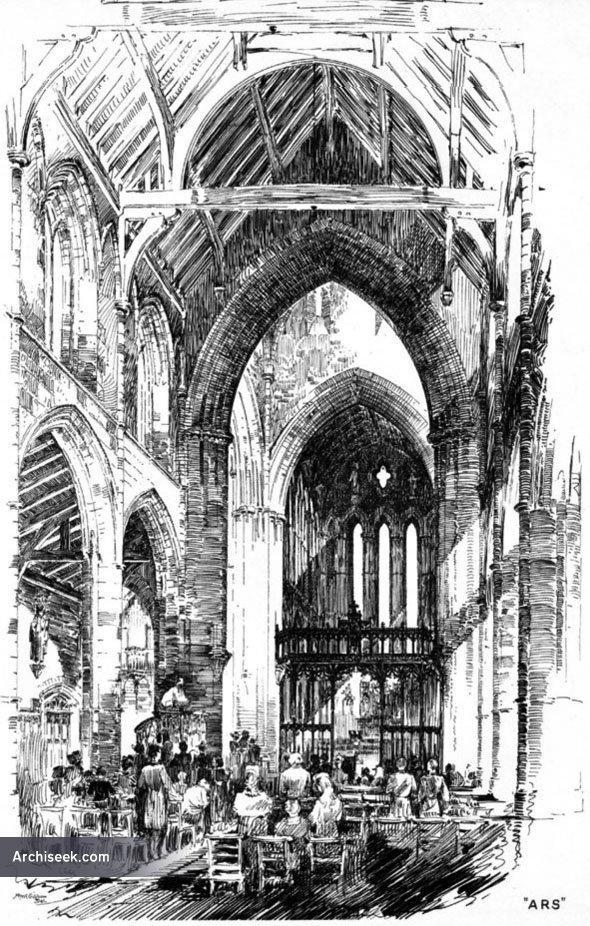 As early as 1870 there had been plans for a new Cathedral and in 1891, a competition for an architectural design was won by J.C.M.Keith. On January 1, 1892, the local paper published a sketch of the prize-winning design:

The years passed without any progress towards the dream of a new cathedral and Mr. Keith waited patiently in the wings. But by 1926, it was possible to proceed and the plan took on a very different aspect:

The single West tower was now replaced by two much smaller towers and the crossing was to support a “lantern”.The new plan retained the ambitious size from 1892: space for a choir of 52 boys and 26 men along with seating for 26 clergy; the total, congregation, choir and clergy would be 1468.