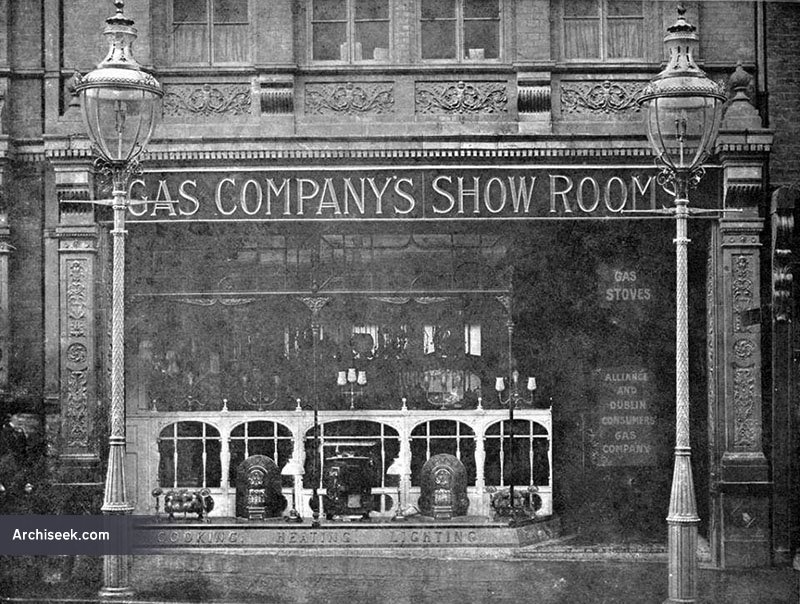 Originally the Alliance and Gas Companies Showrooms, later the Dublin Gas Company. Later still it was part of the Woolworths store next door. Demolished in the 1960s along with two neighbouring buildings to be replaced by a new store for F.W. Woolworth.