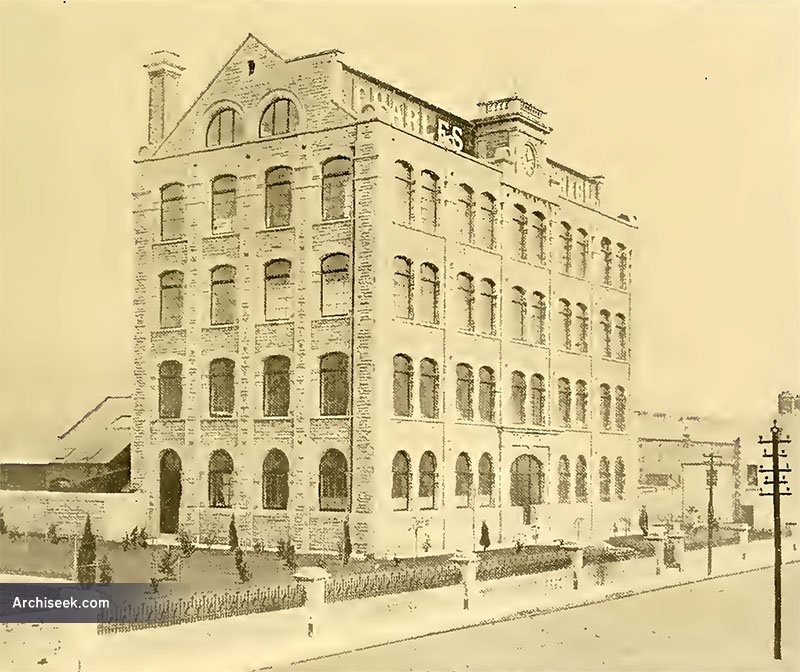 One of “the magnificent five” shirt factories of Derry, and built for the Messrs. Bayer Company. It was proposed for demolition in the mid 1990s after falling derelict but was saved. Now apartments

Derry was the principal seat of the shirt industry in the UK and exported it’s products throughout the world. More workers were employed in the industry than the all of the other industries put together. By 1926, Derry’s population was 45,000, but it had 44 shirt factories employing 8,000 full time workers and thousands more in cottage type industries.