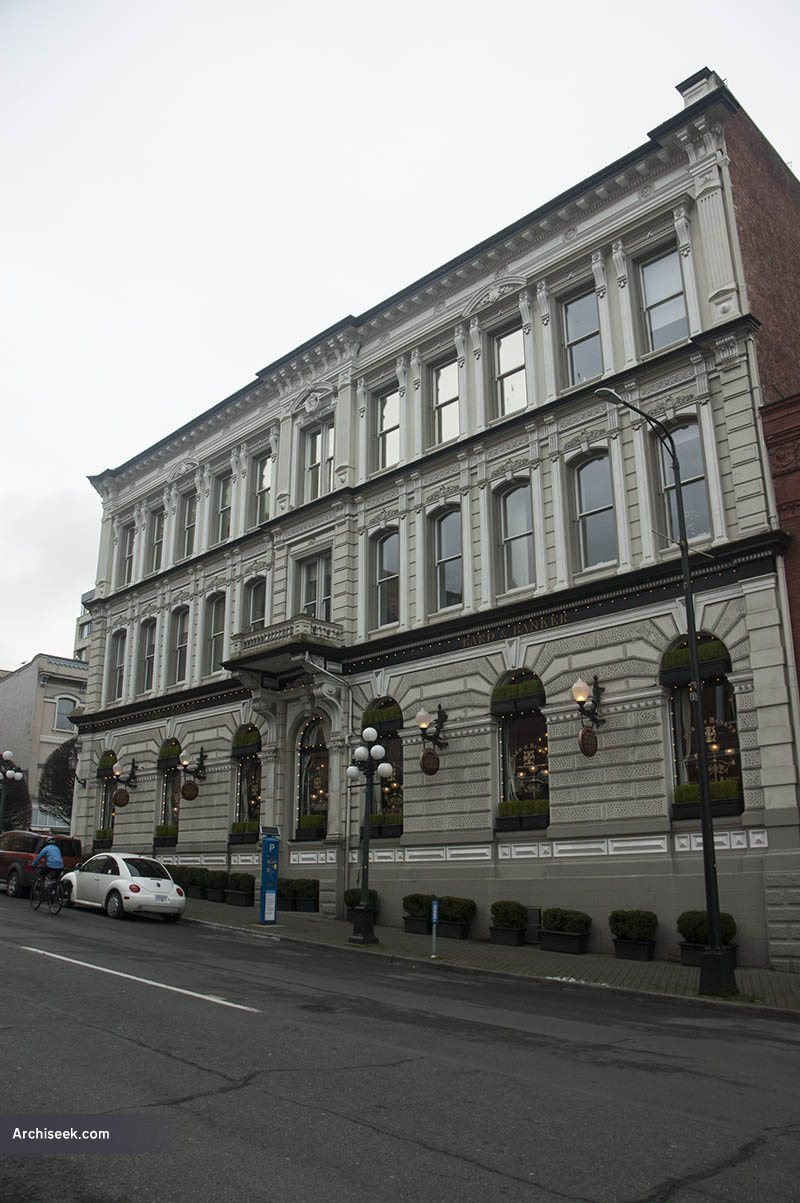 The Bank of British Columbia is a three storey Italianate Style building on the corner of Government and Fort Streets. Designed by architect W.H. Williams to make ideal use of this prominent corner lot, this building epitomizes the image of nineteenth-century banking, and is an excellent example of the detailed use of the Classical idiom favoured for commercial architecture in that time period. It was the Canadian headquarters of the Bank of British Columbia, and the most sophisticated and costly structure of its kind in the province at the time of its construction.

The Bank of British Columbia has an interesting historic association with noted Canadian poet and novelist, Robert Service, who worked for the Bank and occupied one of the upstairs apartments in the building. Now a bar and restaurant.