1879 – Our Lady of the Assumption, Magherafelt, Co. Derry 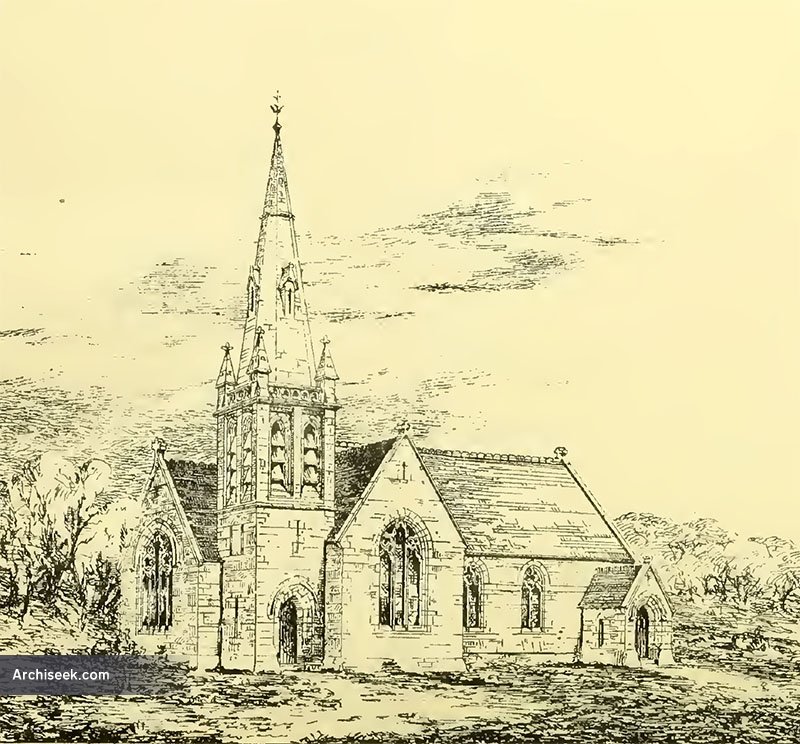 In the late 19th century urgent repairs to the existing St. Michael’s Church which was constructed in 1790. were needed and an approach was made to Mr. Claud Ogliby of Altnacrea Castle to request financial assistance. Mr. Ogiliby refused this request but instead offered £500.00 towards the building of a new church. On 28th November 1879, St. James, Donemana was consecrated by the Bishop of Derry and Raphoe, Rt. Rev. William Alexander.

“This church, of which we give an illustration in present number, is intended to accommodate 300 persons. The foundation stone was laid on the 25th of July last. The material of walling is rubble whinstone from a neighbouring quarry. Dungiven freestone is being used for dressings, spire, &c. Mr. John Kennedy, of Derry, is the architect; and Messrs. Colhoun Brothers, Derry, the contractors. The cost will be about £2,900.”