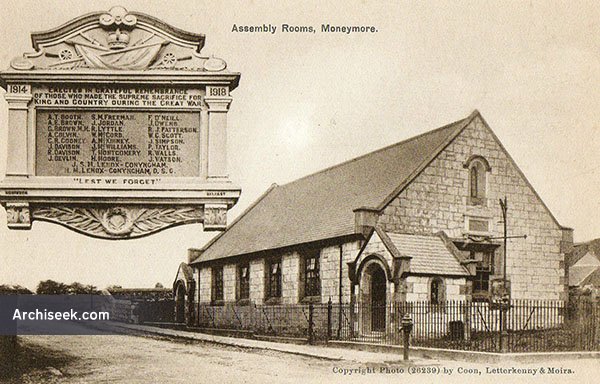 Constructed as the Parochial Sunday School by Booth for the Draper’s Company estates. The war memorial is attached to the side wall of the building, and contains the names of the twenty-six men from the area who gave their lives during the First World War.

A second memorial tablet inside the Assembly Rooms records the names of 162 other men who served during the war. On this tablet there is a distinction made between those who served ‘overseas’ (active service), and those who served at home.