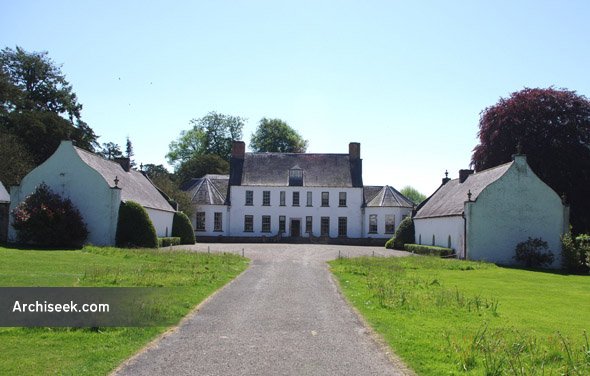 This 17th century unfortified houses, owned by the National Trust was built about 1680 and was originally surrounded by a defensive bawn. Around 1765 two single-storey wings were added and the entrance front was modified to its present arrangement of seven windows across its width. Upon adopting the property in 1957, the National Trust undertook a large-scale programme of restoration and re-construction adopting the orthodoxy of 1950’s conservation practice which saw the Victorian smoking room demolished, large portions of the house stripped back to stone and all the rooms re-arranged to reflect their appearance when first constructed.