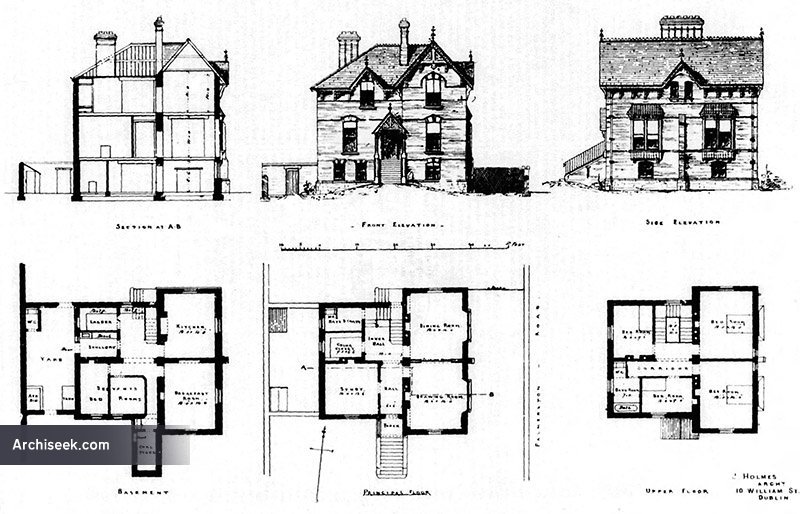 “The illustration in our present number is another design for the proposed Glebe House at Rathmines, submitted in competition by Mr. J. Holmes, architect. The house was intended to be faced externally with red stock bricks on a granite base. The particulars furnished to architects by the select vestry stipulated for folding-doors between the two principal rooms, and the adoption of a basement storey was also implied, although not specially asked for. The same architect also sent in a second design of a plainer character.

It has been stated that the tenders supplied by builders for the plan adopted by the select vestry, exceed, by a considerable sun,the amount at their disposal as named in the instructions. It may fairly be asked, Will they fall back on some of the other designs; or, if they do not, will they render themselves liable to the architects (if any) who furnished plans that could be carried out for the sum named?” The Irish Builder, May 15 1875