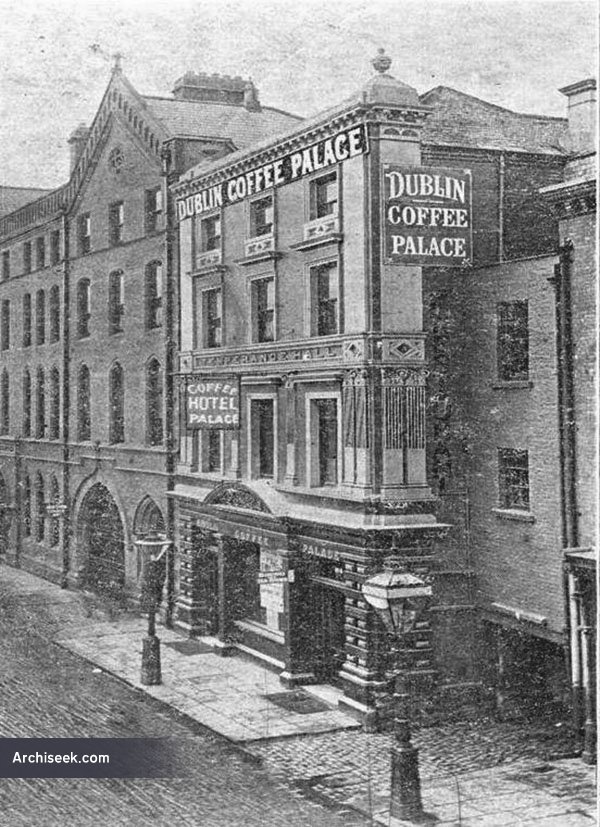 The Coffee Palace was run by the Dublin Total Abstinence Society. It included hotel accommodation, coffee booths, and a ‘temperance hall with room for 500 people’. The building was later demolished along with the destruction of Theatre Royal on Hawkins St, and the New Metropole Cinema, later the Screen Cinema, eventually took its place.

“The structure will be an ornament to the street ; it contains every accommodation that the limited space and funds at the disposal of the committee would permit. The building is entered on the ground floor by a handsome porch and vestibule, and contains a hall 63 ft. by 27 ft. 6in. At the far end is a platform with convenient kitchen under. 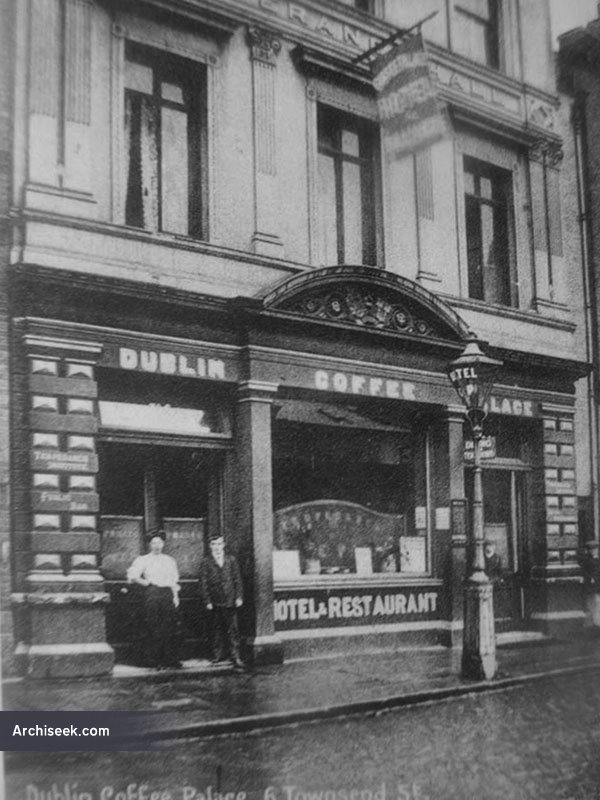 There is also on this floor committee and cloakrooms, &c. On the first floor is a reading-room, 31 ft. by 18 ft., a refreshment room, public bar, bookstall, smoking-room, lavatory, &c. On the second floor is a clubroom the same size as reading-room, a committee-room, waiting lobby and lavatory. On the third floor are living rooms for the caretaker. In the basement will be fitted up baths, &c.” The total cost of the works will, it is stated, amount to £1,500; to assist in defraying which a bazaar was held in the Exhibition Palace, and which was very successful.” The Irish Builder. June 1 1875.