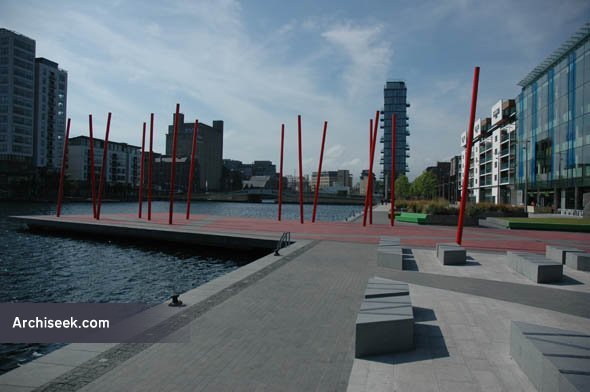 Overly gimmicky and ultimately unsuccessful attempt to design a new city square in the south docklands. The use of colour, although imaginative, turns the landscaping into an Irish version of Tellytubby land. Creating a projection into the dock does create drama, however the feeling persists that the design is intended to be viewed from the air. From the ground it is very unsuccessful.