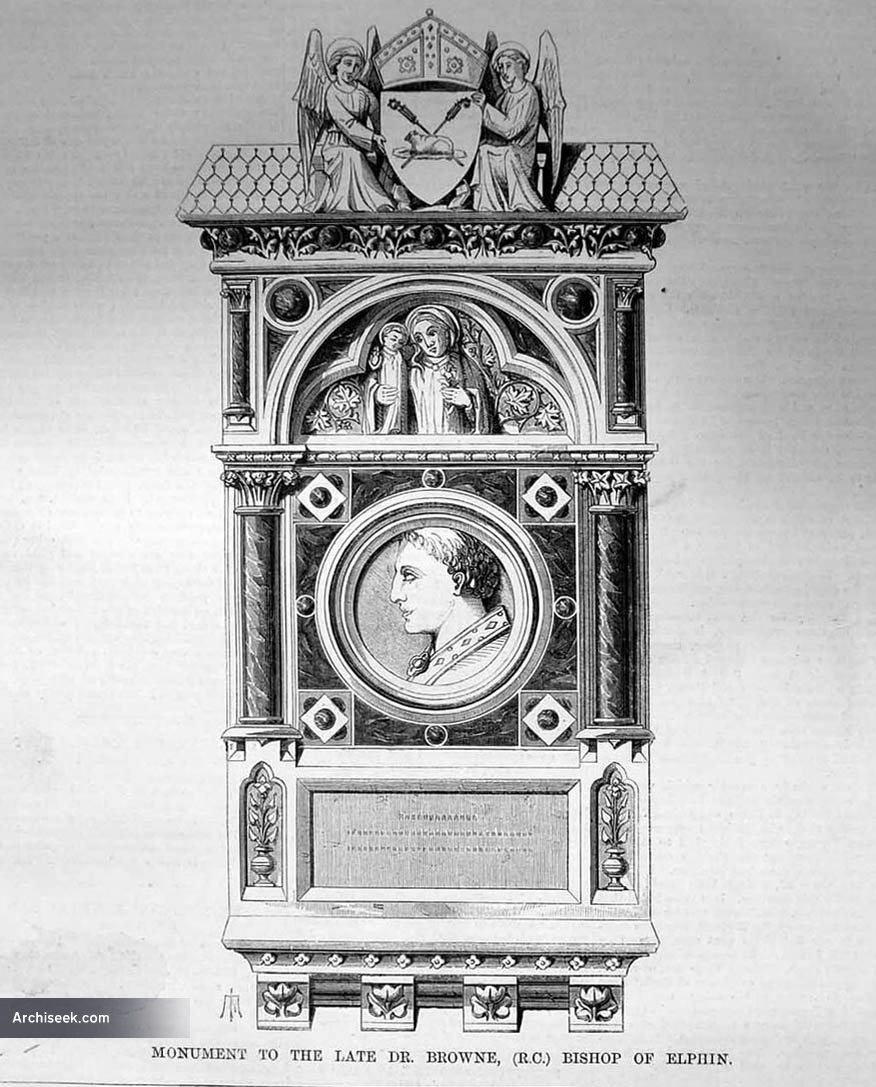 “This elaborate monument has recently been erected in the Roman Catholic Church at Roscommon, to commemorate the late Catholic bishop of that portion of Ireland. Owing to the limited space, and utter absence of all ecclesiastical character, of the church, which was formerly the court-house of Roscommon, a mural tomb was the only form that could be adopted.

The materials of the design, which is from the pencil of Mr. Goldie, are Caen stone, with marble shaftlets, inlays of spar and marble; and a basso-relievo, in white marble, of the head of the deceased The general idea has been suggested by the cinquecento mural monuments so frequent in the churches and cloisters of Southern Italy, freely rendered in this case into a Gothic treatment. The work was executed from the drawings of the architect, by Mr. H. Lane, sculptor, of Birmingham and Dunlin. The total cost of the monument was 80/.” The Builder, February 1 1862.