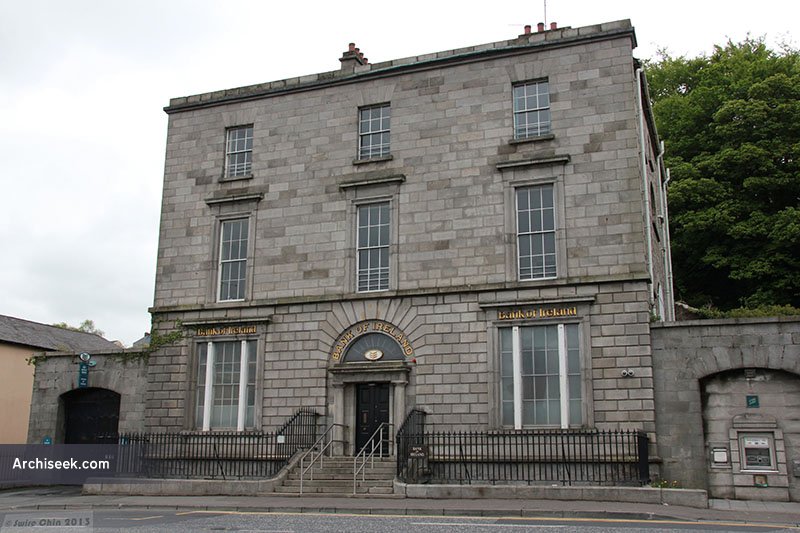 Sometimes ascribed to Francis Johnston. Built as a bank in 1826, it was the first branch of the Bank of Ireland to be established in Ulster. Later internal renovations by Sandham Symes. The bank is in a Grade B1 listed building.

“The bank premises of the Bank of Ireland at Trevor Hill, Newry, have been lately enlarged and improved. The removal of a thick stone wall which separated the agent’s office from the public one, has given a clearce space of 44 ft. by 17 ft., which will be ample for the business of the bank. The counter is 34 ft. in length by 3 ft. in width, and is surmounted by a handsome screen, with panels of pattern glass. The fittings throughout are of Honduras mahogany of the best quality. The works were carried out from the plans of Mr. Sandham Symes (architect to the Bank of Ireland) by Messrs. Whelan and Watson, of Newry.” The Irish Builder, December 15 1877