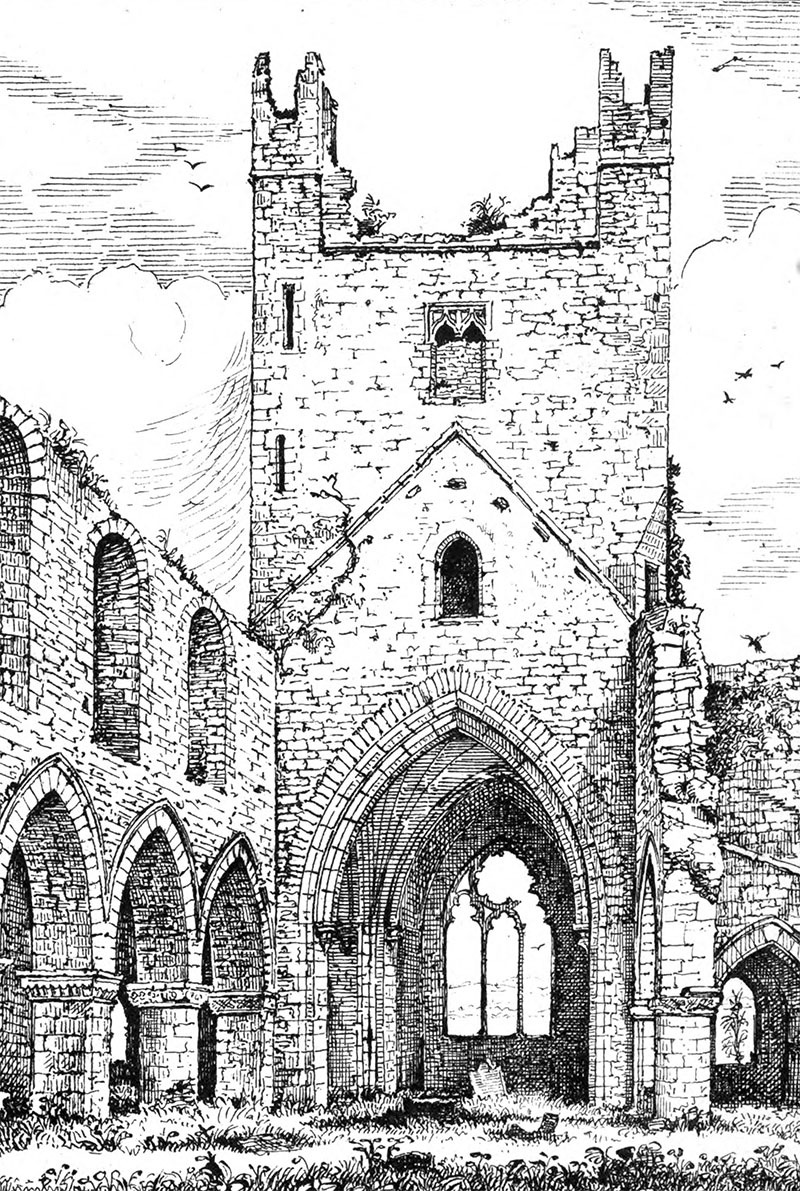 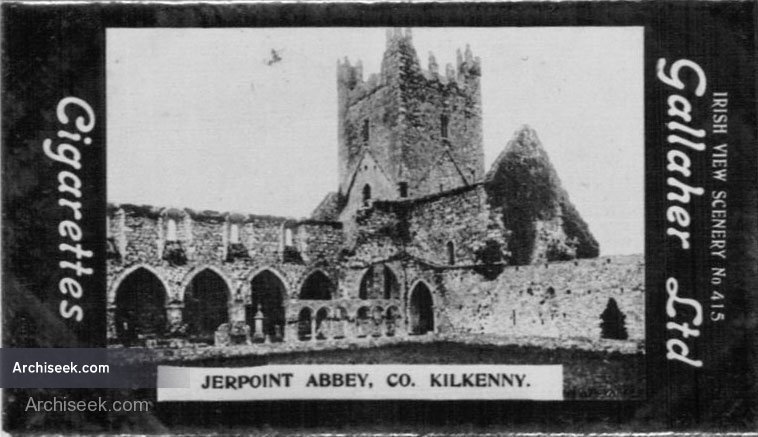 Jerpoint Abbey is a ruined Cistercian abbey, constructed by around 1180, by Donogh O’Donoghoe Mac Gilla Patraic, the King of Osraige. It was dedicated to the Blessed Virgin. Jerpoint is notable for its stone carvings, including one at the tomb of Felix O’Dulany, Bishop of the Diocese of Ossory. The abbey flourished until the Dissolution of the Monasteries by Henry VIII. It was declared a national monument and has been in the care of the Office of Public Works since 1880.