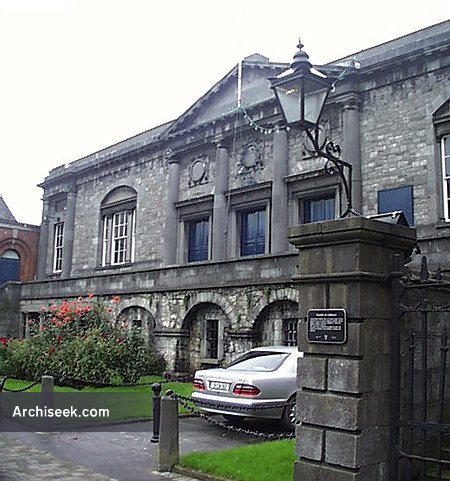 Kilkenny Courthouse formerly known as Grace’s Castle was originally a town house of the wealthy Grace family who leased the building to the crown in 1566. The building was used as a jail from 1566 and was transformed into a courthouse around the end of the 18th century. Archival material suggest that Sir Jerome Fitzpatrick carried out the extensive renovations to convert the building into a courthouse. Architect William Robertson remodelled the façade added other features such as a balcony and stone staircase. The front of the building still retains some of the orginal features of the jail which are visible from street level.