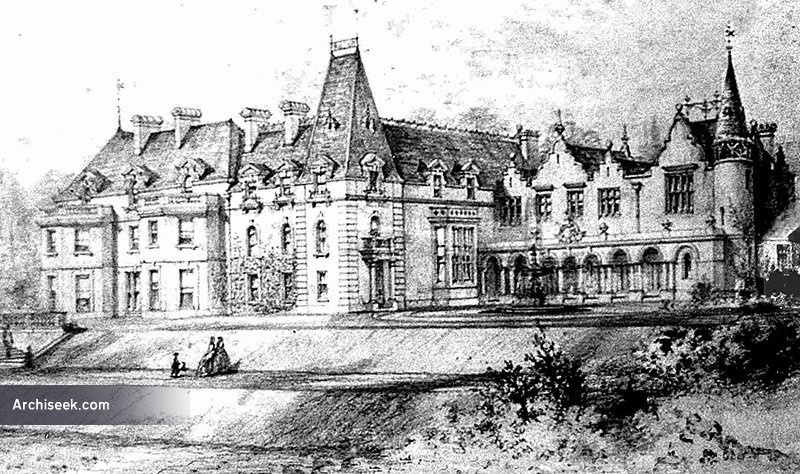 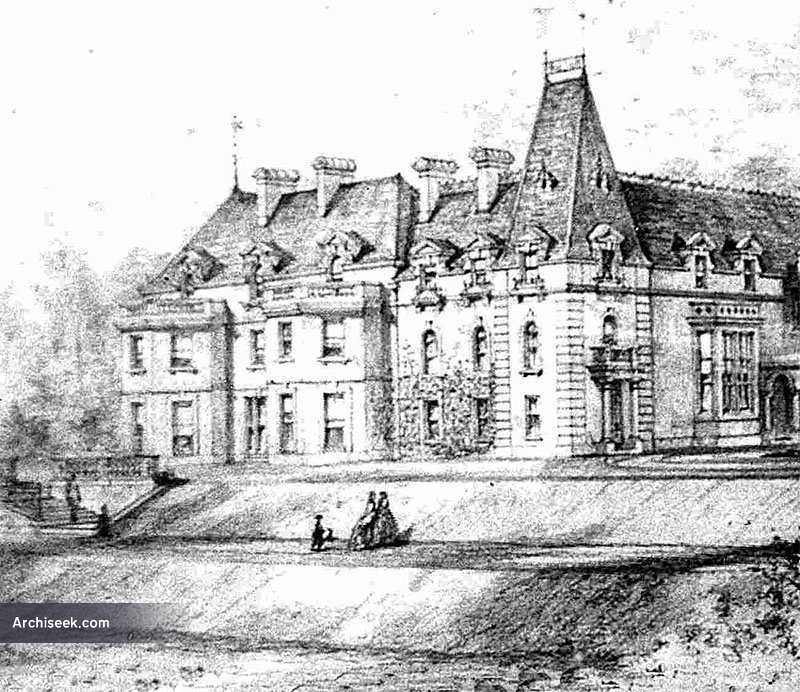 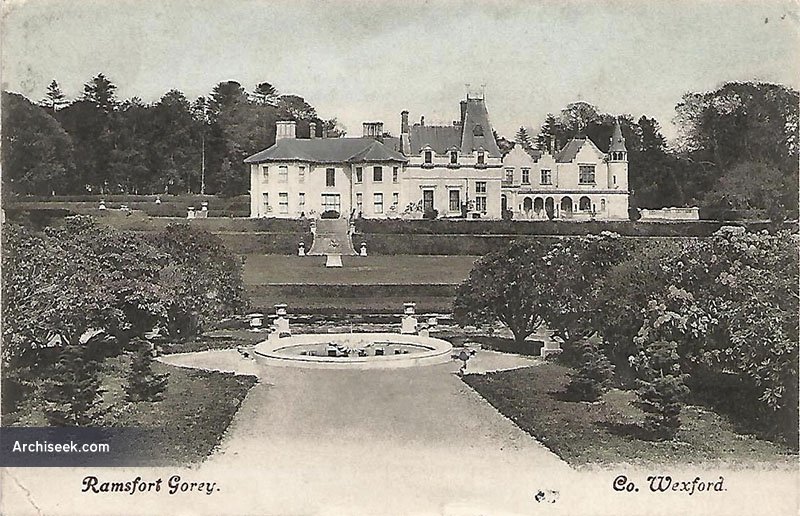 Constructed in several stages after the previous house by George Semple, on a nearby site, was destroyed in the 1798 rebellion. The earliest stage is the early 19th century house, possibly by Daniel Robertson with bow windows. In the 1860s a wing was added in a French Empire style by Thomas Henry Wyatt, with the final stage by Benjamin Thomas Patterson added a couple of years afterwards. It gives the entire house an eclectic visual appearance. It’s final form, as illustrated, was complete by 1872-73. After being sold in the 1930 for use as a school, it became a residence again but now sadly falling into disrepair despite the valiant efforts of the owner.