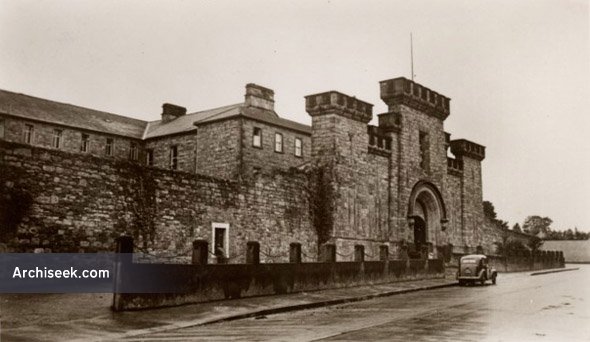 The most striking element of the Old County Gaol is the curiously flat almost cardboard cut outcut-like entrance constructed in 1846. It is built of random squared rubble red sandstone and capped by a cut-granite battlemented parapet. Behind the gatehouse is a five-bay three-storey over basement gaol, established in 1812, and behind this is a nine-bay three-storey prison block of the same date. Burned in 1922 but later renovated to accommodate a courthouse and later Wexford County Hall.