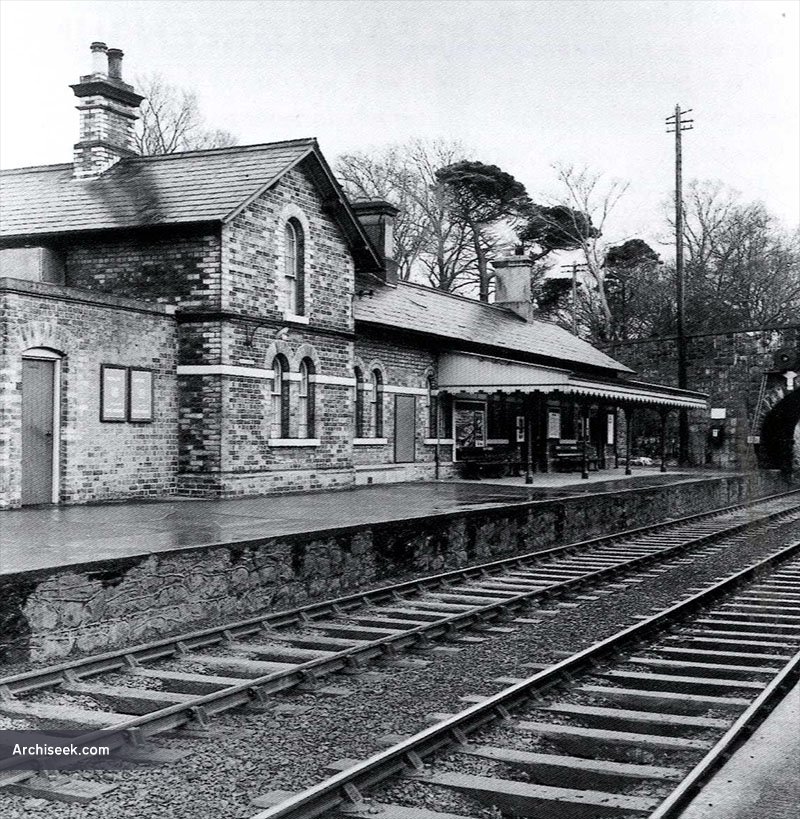 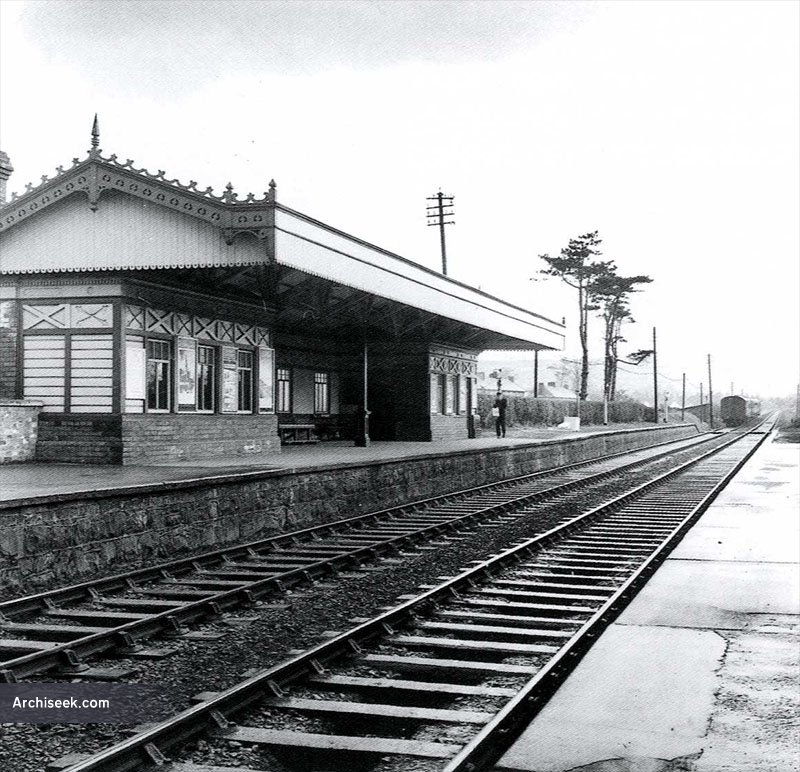 Whiteabbey was the first major stop outside Belfast with the main station building on the up line constructed around 1863 with a canopy added fifty years later. The down line, to Portrush and Derry had a fine wooden building by Berkeley Deane Wise constructed in the 1890s.

Both buildings were demolished and replaced with metal shelters in the 1980s.