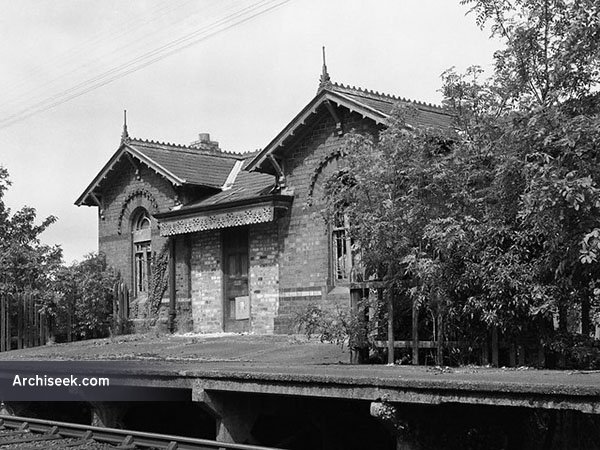 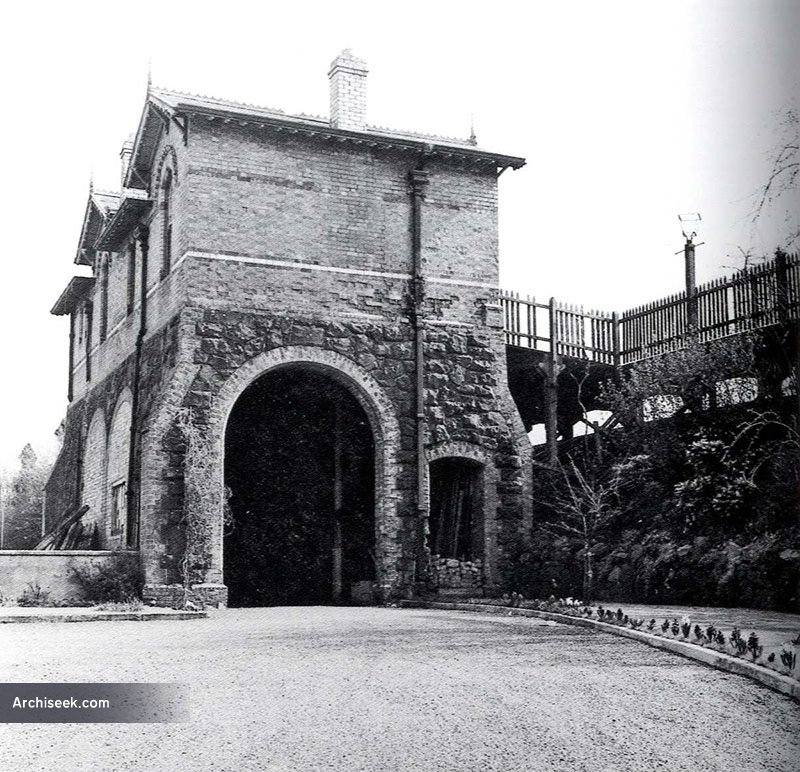 The station was opened in 1848 as part of the Belfast & Ballymena Railway, which would ultimately become part of the Northern Counties Committee group of lines owned by the LMS.

Unusually the station was built high on an embankment, on top of a basalt base structure. The station building was finished in red brick with black and yellow brick decorative elements. Originally closed in 1954, it reopened briefly in 1980-81 before closing again. Over the years since, there has been intermittent discussion about reopening a station here.

The building still stands today, with the massive archways filled in.