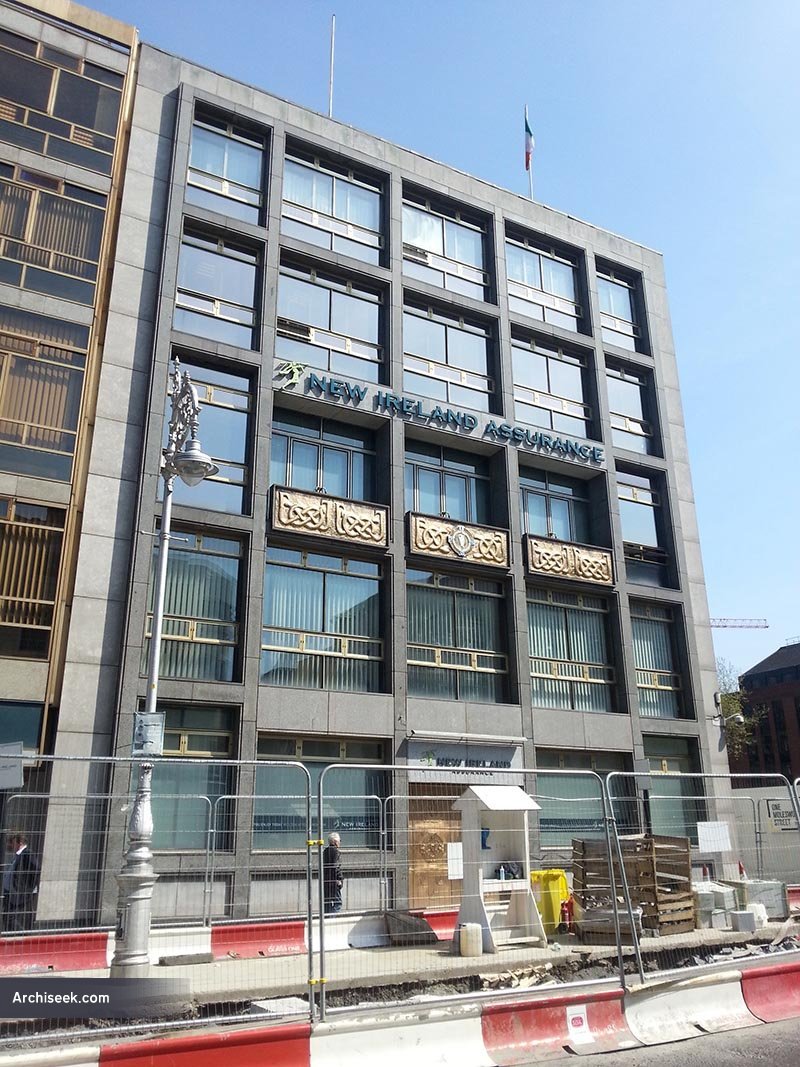 One of the better buildings of the 1960s in Dublin is the office headquarters for the New Ireland Assurance Company. A deceptively large building running alongside Dawson Lane, but the main facade to Dawson Street is the main architectural feature.

With its strong modern lines, gold coloured window frames, and celtic-inspired decoration, New Ireland Assurance was attempting to demonstrate a new Ireland, looking forward, the results of Taoiseach Seán Lemass’s push for modernity in the country. The facade features a large main doorway with the traditional emblems of the four provinces in relief.