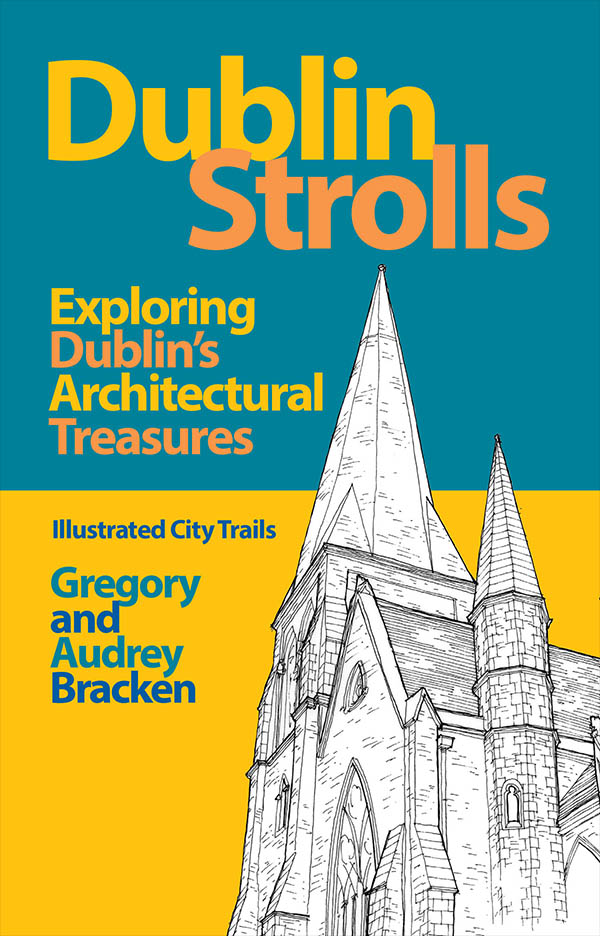 As we rush around Dublin city, we tend not to spare a second thought for the buildings that form the familiar background to our days. However, each of these spaces has its own fascinating history; many have borne witness to iconic events, and most have been home to intriguing characters. Our capital city is the perfect size to walk around, and now a new guidebook invites visitors and curious locals alike to emulate Joyce’s Leopold Bloom in strolling through the streets.

Dublin’s long history has had a visible impact on its architecture: waves of invaders and the attempts by Dubliners to shake them off have left their mark, with the 1916 Easter Rising, for example, having led to the end of British rule but also left whole parts of the city in ruins. It was not all strife, however, and the city has also had periods of growth and glory. The Georgian era saw gracious streets and squares being laid out, while the Celtic Tiger filled in a lot of the city’s derelict sites with sometimes thoughtful regeneration projects like the Docklands. Each era has left its mark, and the result is a city of fascinating layers. These layers are often literal; the Jesuits were so upset at the sight of naked bodies cavorting on the plaster ceiling of Georgian Newman House on Stephen’s Green that they covered them up in the 1880s. The damage has since been undone, although one of them has been left clothed as a reminder of more prudish times.

Written by Gregory and Audrey Bracken, a brother and sister with a love of travel. They have published guides to London, New York, Paris, Bangkok (a bestseller), Hong Kong, Kuala Lumpur, Shanghai, Singapore and others. Gregory has a Ph.D. in Architecture and is Assistant Professor at the Technical University of Delft in the Netherlands. Audrey has a BA in English Literature and Classics and, after a career in publishing and marketing in London and New York, recently returned to live in Dublin.

The book is published by Collins Press.