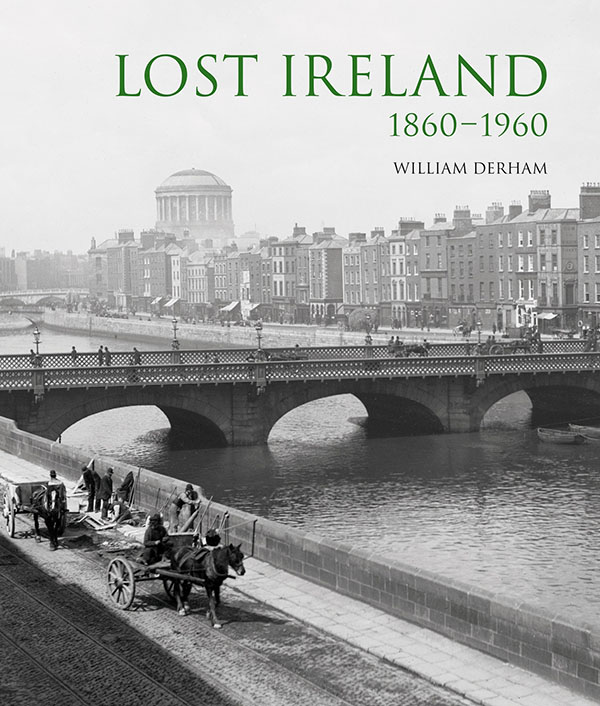 LOST IRELAND: 1860 – 1960, written by William Derham, transports the reader back in time with more than 500 evocative photographs of Ireland from Cork to Antrim. The book documents the changes wrought by history and what those changes have meant to our buildings from the past, some of which no longer survive. It reveals a layer of Irish history, which is both fascinating and nostalgic, not just in its ‘bricks and mortar’ but also in the events and the people who inhabited it.

Drawing on a variety of photographic archives, William Derham, curator and guide at Dublin Castle, has compiled a collection of photographs that gives the reader a sample of the built heritage that was lost to the inevitable transformations the country endured over a hundred year period – the humble mud huts of the transient labourer, the ‘thatched mansions’ of the prosperous farmer; the edifices of industrial innovation and technology, and the grand homes of the well-to-do, including the infamous ‘big house’. 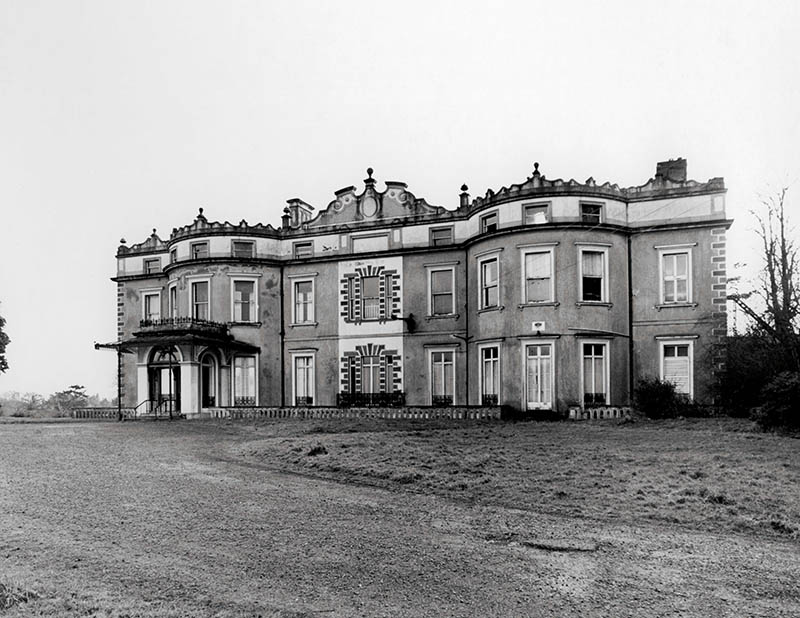 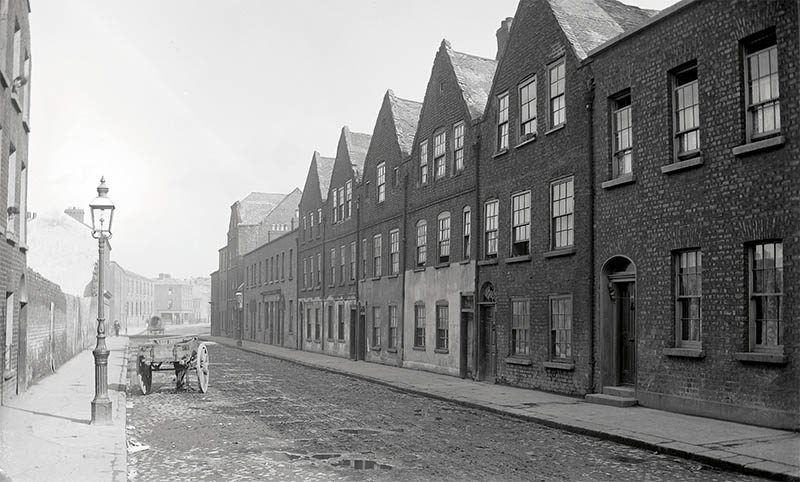 “This book provides a snapshot of some of the buildings from Ireland’s past that haven’t made it to the 21st century, and a couple that have – just about!” said William Derham. “It will hopefully encourage us to be more aware of what has survived, and to think twice before we let it, too,

Colum O’Riordan of the Irish Architectural Archive has written the foreword to the book: ‘It is an architectural fact of life that buildings, like people, come and go…Sometimes the death of a building is sudden and unexpected, whether through accident or malice. Sometimes it comes through the creeping decay of old age, and sometimes buildings are euthanised, pulled down unceremoniously in their prime to make way for something new…As with portraits of people, a certain character of each building resonates from the photographs; some we might regard as curious, some we might wish to have known better, some we might even be glad we never met.’