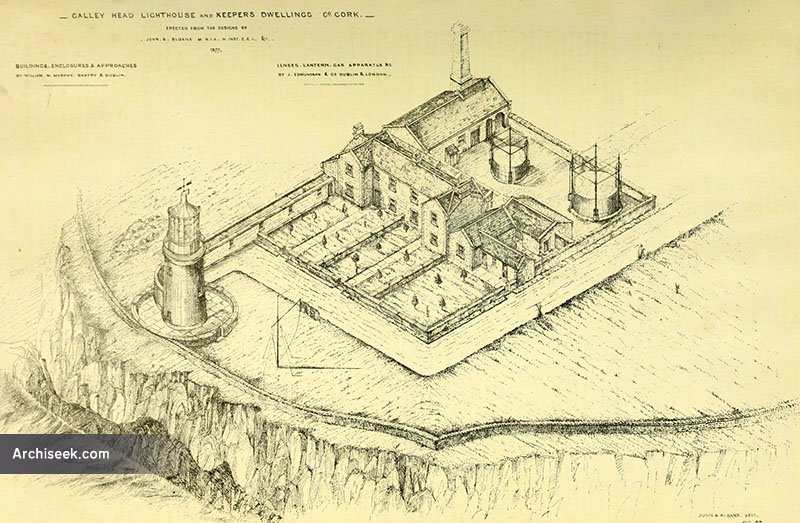 Galley Head Lighthouse is one of 70 lighthouses operated by the Commissioners of Irish Lights around the coast of Ireland. The station was designed by Mr J. S. Sloane, Engineer-in-Chief and consisted of a tower connected by a 38m long corridor to the semi-detached, two storey, dwelling for the principal and assistant keeper, a single storey dwelling for the gas maker and the gas works located behind the dwellings.

Around the time of construction, great interest was shown in using gas made from coal as the source of illumination for optics. Messrs J. Edmundson & Co. of Dublin with their engineer John R. Wigham were fore-runners in promoting this form of lighting and they supplied the gas making plant, lantern and optic. It was converted to parrafin in 1904 and electricity in 1969. Galley Head Lighthouse was converted to automatic operation in 1978-9.

It is also one of twelve lighthouses which make up Great Lighthouses of Ireland, an all-island tourism initiative. The Irish Landmark Trust restored the two Keepers’ dwellings to their original symmetrical layout using traditional materials and building methods. Restoration of the dwellings was completed in March 2002. The restored dwellings are now let to the general public by Irish Landmark Trust as holiday accommodation.