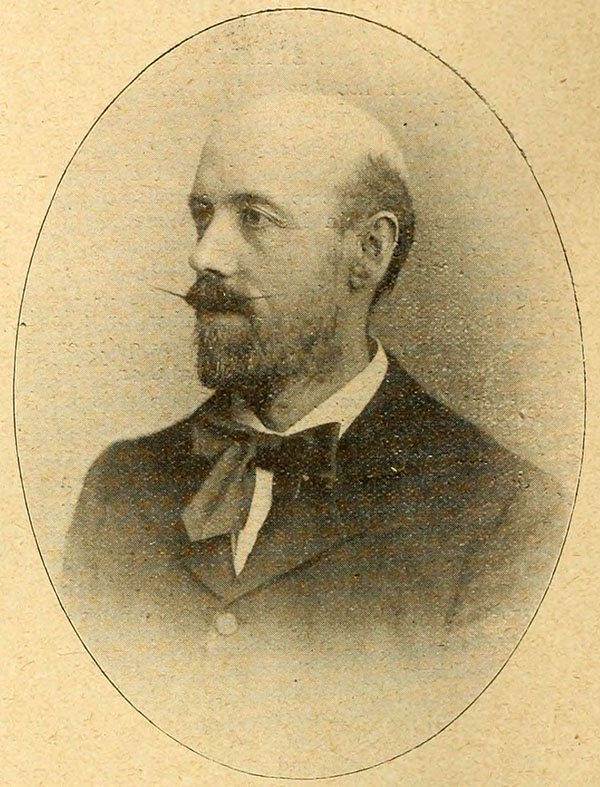 “Mr. Charles J. MacCarthy, F.R.I.A.I., is the City Architect of Dublin, and has recently been elected President of the Architectural Association of Ireland. In his capacity of City Architect most of our Dublin readers — architects and builders — come under his sway, for not until his imprimatur has been put upon the splendid creations of their brain, can these brilliant soarings of the imagination be translated into bricks and mortar.

Mr. Mac Carthy has his offices on the second floor of the fine old mansion at the head of Cork Hill, now known as “ The Municipal Buildings.” It is a very charming Georgian house, built in the happy era of the last century, that period to which Dublin owes so much beautiful architecture and so many lasting memories of a brighter, gayer time ; built of Portland stone, and carried out somewhat after the manner of Robert Adam, it looks at once refined and imposing. It was originally the town residence of the Earls of Cork. Later it passed into the hands of the La Touches, the well-known Huguenot bankers ; ultimately, many years ago, it was purchased by the Corporation of Dublin as an adjunct to the City Hall, though still often called “La Touche’s Bank.”

Mr. MacCarthy is a Fellow and Member of Council of the Royal Institute of Architects, where his active attention to duty at the Council Board much appreciated. He is, of course, also a member of the Association of which he is president. He is a man of versatile taste, varying his membership of societies from the National Literary to the Royal Zoological, of which latter he is a member of Council. He is the son of the late J.J. MacCarthy R.H.A., Professor of Architecture at the Royal Hibernian Academy, and one of Ireland’s most famous architects. Often called “ the Irish Pugin,” he completed many of A. W. Pugin’s works in Ireland, notably Enniscorthy and Killarney Cathedrals, and adopted the spirit of Pugin’s idea of restraint and simple dignity when rendering ecclesiastical architecture in Ireland. Two of Dublin’s most successful churches (in addition to many others) are by the late J.J. MacCarthy. We refer to the Dominican Church in Dominick-street and the Capuchin Church in Church-street.

One of the most beautiful of modern Irish parish churches is that at the pretty seaside resort of Tramore, from the same master hand. Mr. Charles J. MacCarthy continued his distinguished father’s practice, mainly carrying out ecclesiastical works, until his appointment as City Architect in 1893 . Since then he has, amongst others, designed the following important works for the Corporation of Dublin Fire Brigade Station, Great Brunswick-street (not yet begun) ; Fire Brigade Station, Dorset-street (approaching completion) ; Fine Brigade Station, Buckingham-street (recently completed) ; Bride’s Alley Scheme (now in progress) — accommodation for 210 families (say 1,000 persons) of the artisan class ; Public Library, Charleville Mall; Fish Market; Coroner’s Court and Morgue (now in progress) ; Artisans’ Dwellings, White’s-lane Area; Artisans’ Dwellings, Blackhall-place Area ; Reconstruction of the Disinfecting Depot at Marrowbone-lane.

In addition to such work, the City Architect has to perform important duties under the Public Health Act, as well as being responsible for the maintenance and care of the City Estate, which has a rental of £30,000 a year.

Personally, Mr. MacCarthy is very popular, and is certain to be a most excellent President of the A.A.I. , and we anticipate for that body a successful era of work, under his guidance, in the coming session.” Published in The Irish Builder, June 18 1901.