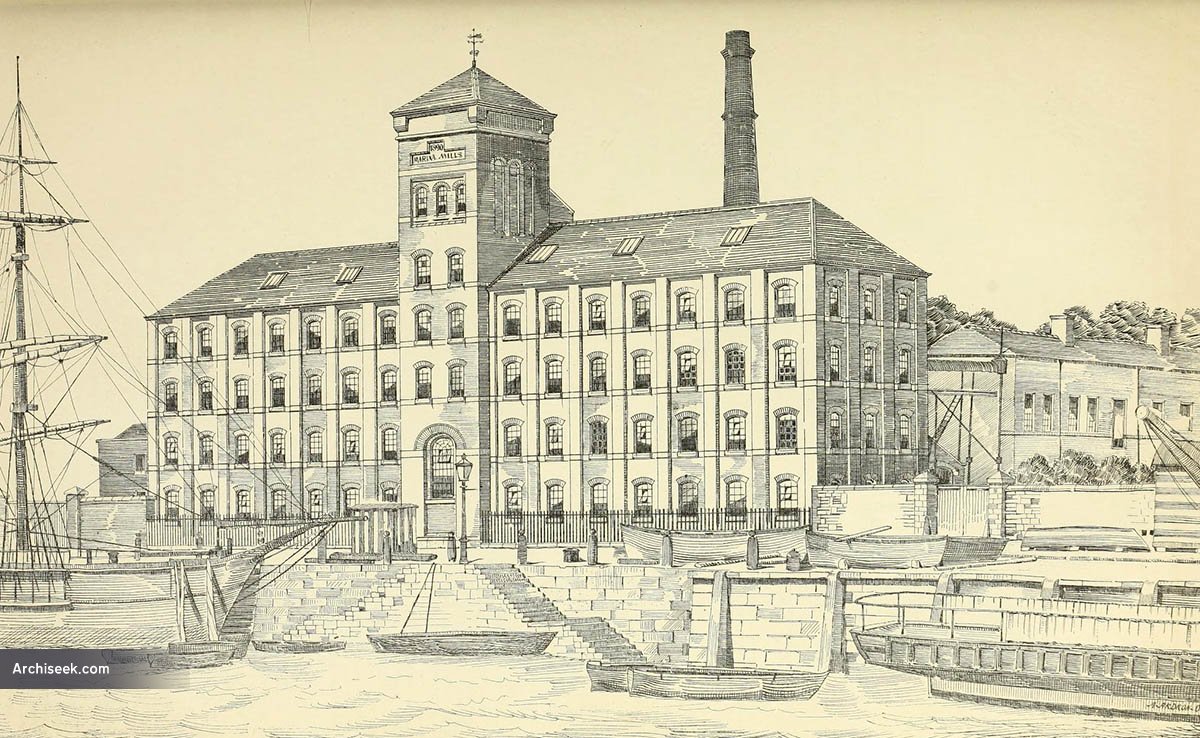 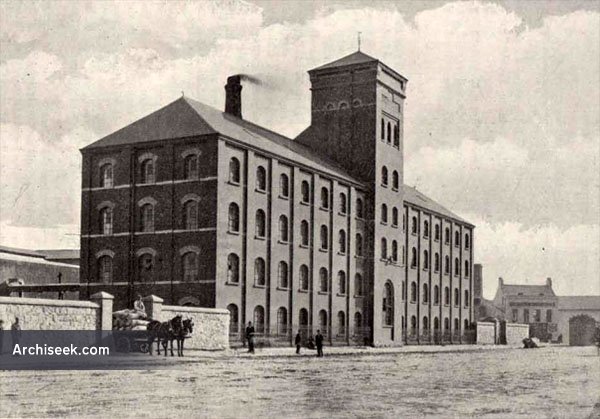 Also known as Marina Mills, demolished circa 1986, the ground floor walls have been kept as a site wall. Described in The Irish Builder, December 15 1890: “The bricks used are Edwards’s best facing bricks made at Ruabon and the front being broken into panels by pilasters reaching to the eaves and brought out with moulded bricks has a very fine effect…. The new buildings present a most attractive appearance especially when seen from the opposite side of the river and greatly enhance the value of the adjoining sites.”

The surviving elements of the complex are made up of the R. and H. Hall grain silos. Known as Victoria Quay at the time of construction, it is now Kennedy Quay.