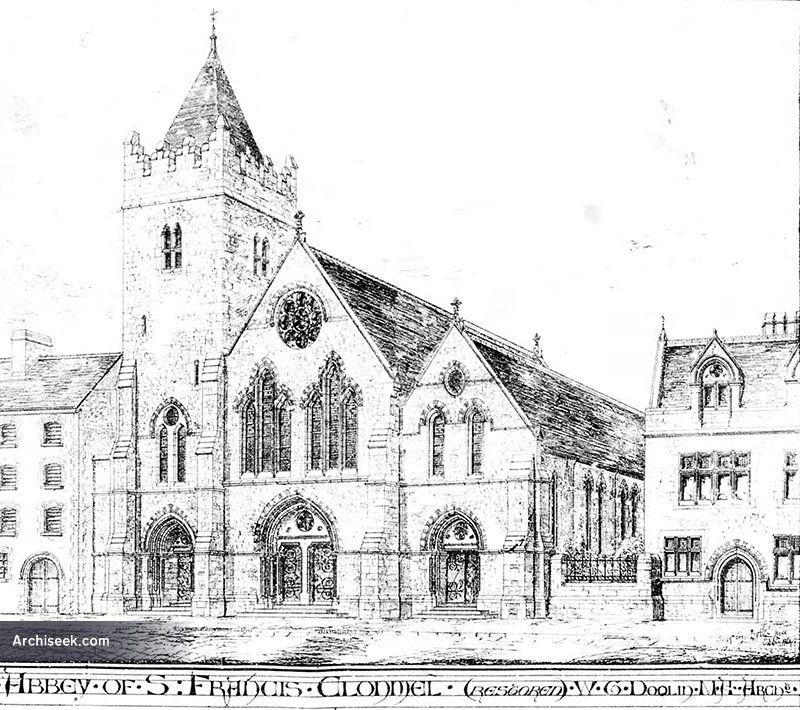 A late 19th century church attached to an earlier tower and spire. The original Franciscan monastery wasdissolved 1540, but reopened in 1827 on the original site. Doolin used some remnants from the old abbey in his new church – he moved lancet windows from the north wall of old choir to the north aisle of the new church.

“WE give an illustration of the above building now in course of restoration from plans and under the superintendence of Mr W.G. Doolin MA, architect of Ely place. The Church of St Francis was originally built in 1269, and for long years ranked amongst the noblest ecclesiastical edifices in Ireland. In troublous times during succeeding centuries the church shared the fate of many similar buildings and at the beginning of the present century the tower and spire were the only portions of the original structure left. The Rev. J.B. Cooney and his brethren of the Franciscan Order in Clonmel, are exerting themselves to the utmost to procure the funds necessary to carry out the works of restoration proposed by their architect.” The Irish Builder, January 1, 1885.