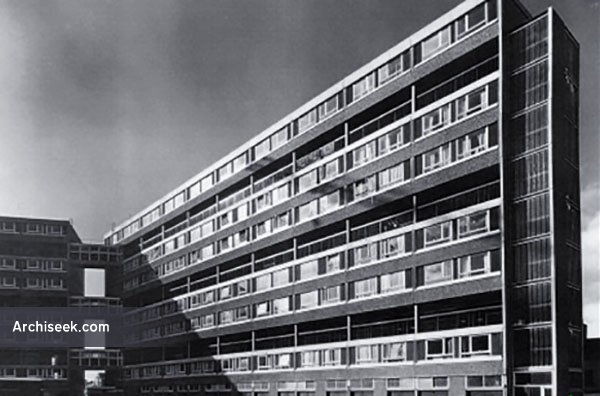 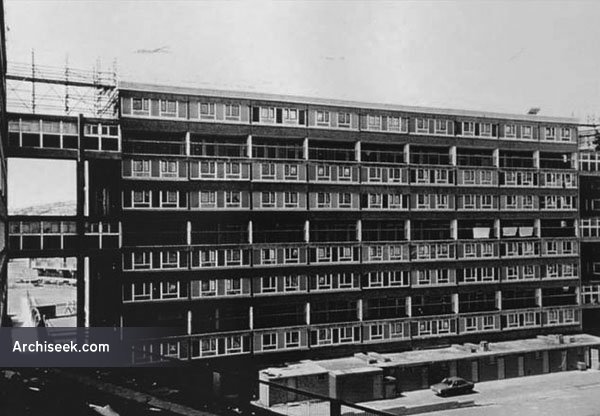 Designed by the Londonderry Development Commission and later refurbished by the Northern Ireland Housing Executive in the early 1980s. Constructed as part of the Lecky Road / Rossville Street redevelopment scheme, they originally housed 178 families and were first occupied in 1966.

The Northern Ireland Housing Executive was established in 1971 and was the result of reform of housing administration and local government so that all housing stock held by local government and development agencies was transferred to the Executive. The new body recruited its own architects, engineers and quantity surveyors as well as housing and administrative staff totaling 2,800 employees by 1973. The NIHE carried out various improvements and refurbishments on the flats over the years including adding the primary-coloured doors and panels between windows.

The flats proved notorious during the Troubles, being the scene of some of the worst rioting from 1969 onwards and of Bloody Sunday in 1972. In 1985 the Housing Executive made the decision to demolish block one of the flats. Although, it was not until 1986 that block one was demolished as tenants had to be relocated. The remaining housing blocks were knocked down in 1989.