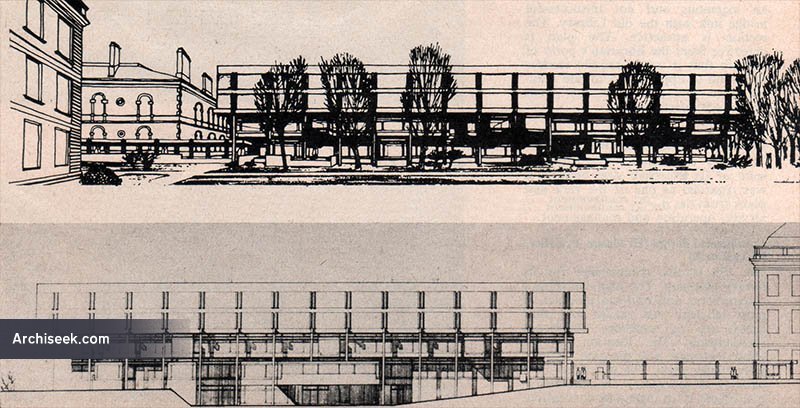 Highly commended design, No.86, the jury felt it was “a solution that attracted the Jury for its horizontal lines, good scale, and imaginative orientation of architectural modelling oat low level. It is very similar in many ways to the winning design, and shares many of its virtues. The central core of services and ducts is logical and clearly defined, but the general planning shows many practical defects.”

The jury felt that some rooms seemed to have been afterthoughts which took away from the concept as a carefully thought-out plan. “Yet the relationships of different areas do show an appreciation of functions, although the arrangement of spaces for the reception of incoming vbooks is not very satisfactory.”

The architect, Michael Brawne who died in 2003 aged 78, designed 14 library projects, including the National Library of Sri Lanka. He was also a consultant to Unesco, advising on library designs in China, Tunisia, Mozambique and the former Yugoslavia. His early book Libraries: Architecture And Equipment (1970) became a standard texts on library developement.