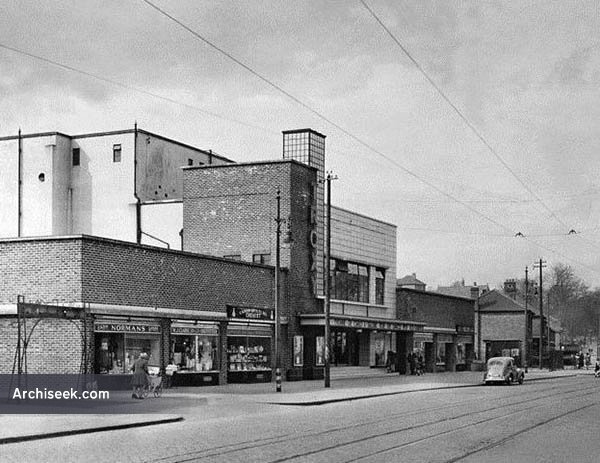 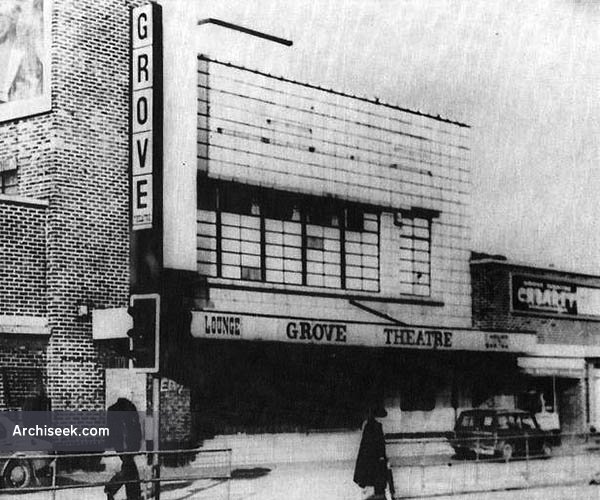 Like many suburban cinemas in Belfast and Dublin, the Troxy incorporated some commercial units into its design. In this case two rows of three shops flanked the cinema entrance. A long foyer led to the separate entrance to the front stalls and allowed patrons to queue “in comfort and not in full view of passers by”. The proscenium was 36 feet wide, and there were two dressing rooms.

The cinema was redeveloped in the mid 1960s as the Grove Theatre, presenting a mixture of films and theatre. Films finally ceased in July 1977, but the Grove Theatre continued as a variety theatre. It was damaged in a firebomb attack and repaired. Later converted into a furniture warehouse, firebombed again, and later demolished in the early 1990s.