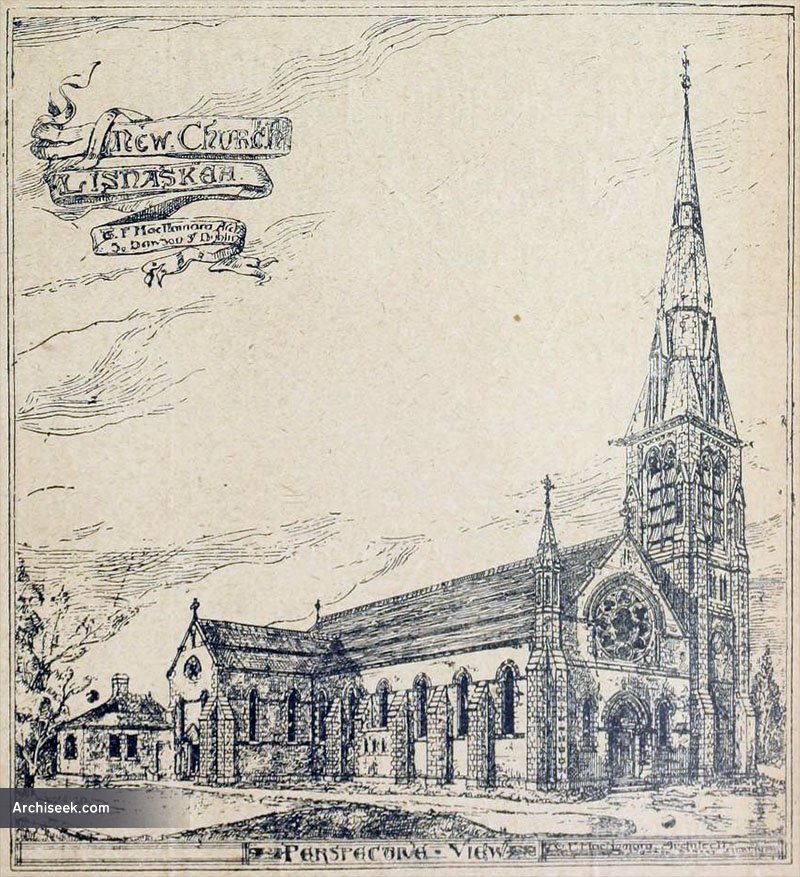 “On Sunday, the 18th August the Church of the Holy Cross, Lisnaskea, was solemnly dedicated by the most Rev. Dr. Owens, Lord Bishop of Clogher. The foundation stone of the church was laid by D. Owens on Sunday, 14 September, 1902. The old church built in 1815, was pitched on a precipitous hill at the rere of the town, and the way of approaching it was an old boreen. The building of the little chapel was hurried on and owing to the scarcity of funds, had to be very roughly finished. Year after year people complained of its inconvenient position, and of its being too small, and of the general decay which seemed to seize on the whole structure. Thus the years passed. Toura and Belleek adorned Erne’s banks with pretty shrines. Lisbellaw and Cradian churches were built. Brookboro’ Church was restored and Newtownbutler added its tasteful church to the number of Fermanagh’s modern ecclesiastical buildings. The worst, and far the worst, church in Clogher – from Dundalk to Bundoran – was Lisnaskea.

At long last a start was made. A site was given by the landlord, and the people of the parish began to built a shrine worthy of them and their parish. The new church is in the Gothic style of architecture, and is built on a hill overlooking the town, and in the centre of a most picturesque district. From the hill can be clearly seen the famous “Fort of the White Thorn” that for centuries witnessed the inauguration of the chieftains of the great Maguire family. Mr. T.F. McNamara, Dublin, was the architect of the new church.” Published in The Irish Builder, September 7 1907.