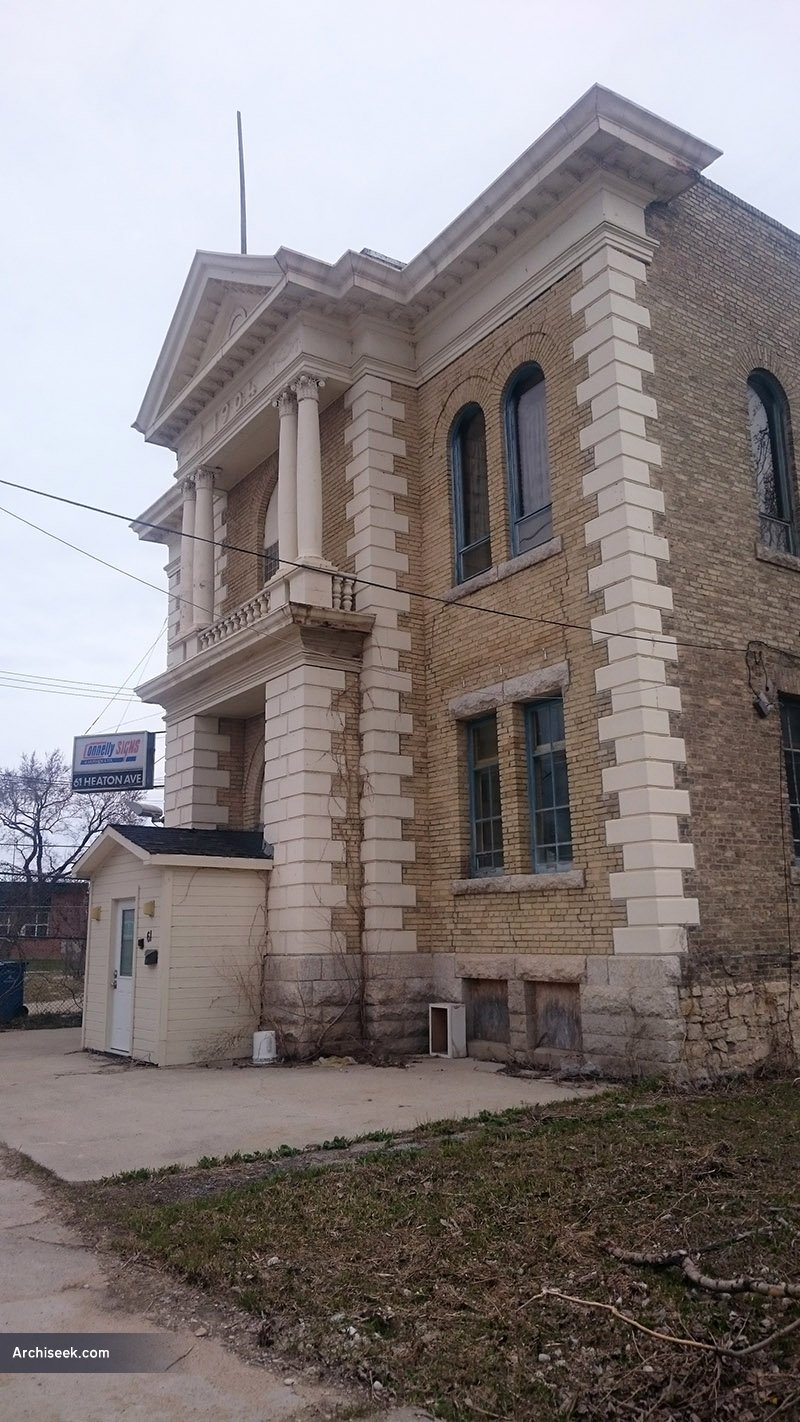 Two storey building including a function hall constructed for the German Society of Winnipeg. The German Club operated out of this building until the mid 1940s. During the First World War, the authorities severely restricted the used of the club, and the Society was forced to rent out the building to cover the ongoing costs. It was not until 1925 when the Society held its firs meeting in its clubhouse. During the Second World War, the clubhouse was closed by order of the police, and the Society was forced to sell the building.