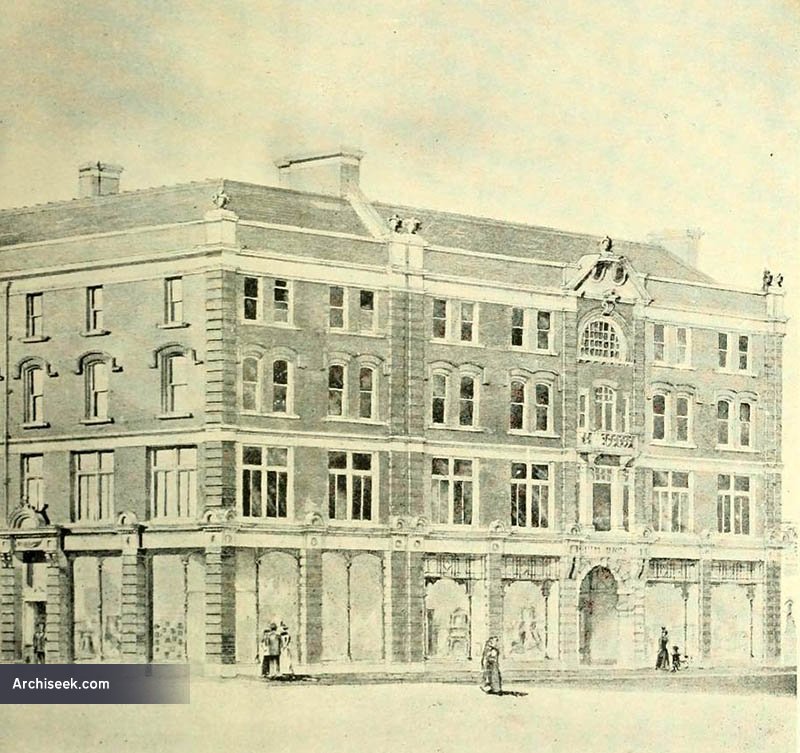 Published in The Irish Builder, December 15 1899. “A new carpet and furniture warehouse is being erected by Pirn Brothers, Ltd., will add to the appearance of the group of solid buildings which connects George’s street, south, with Exchequer street. Nearly half of one side of George’s street is covered by the big but rather antiquated warehouse of Messrs. Pim Brothers, which is made up of a series of houses gradually acquired since 1841. Mr. W. M. Mitchell, R.H.A., is the Architect.” Destroyed by fire in 1954 and replaced by Central Hotel Chambers designed by McDonnell & Dixon in 1955.