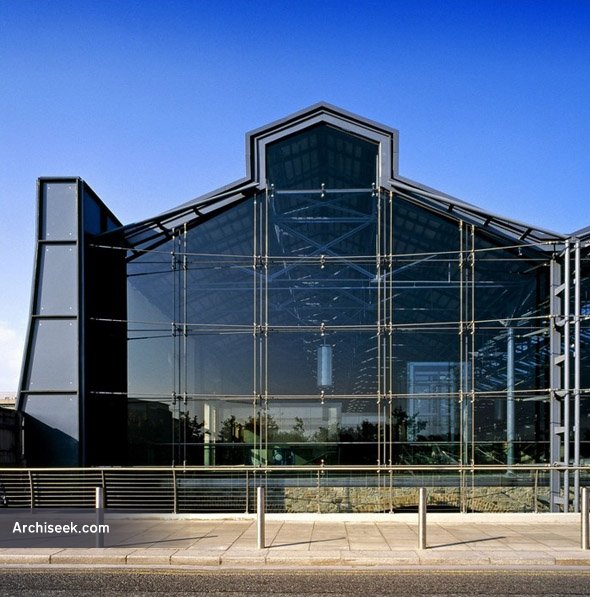 CHQ, formerly known as Stack A, was constructed around 1820 to a design by John Rennie, the renowned Scottish Engineer who was responsible for the Tobacco Docks in London as well as Howth and Dun Laoghaire harbours. The ground floor, intended for the storage of tobacco, has brick external walls enclosing a vast space of approximately 7000sq m with a sophisticated cast iron frame supporting a slated roof and glazed lantern lights. Basement vaults comprise stone walls and brick arches designed for wine storage. The building has had a great variety of uses, most memorably in 1856 for a banquet for 3000 veterans of the Crimean War. Changes in use resulted in alterations to the basic building fabric. The most significant alteration was the removal of the south end of the building in the 19th century to allow for the widening of the quay. 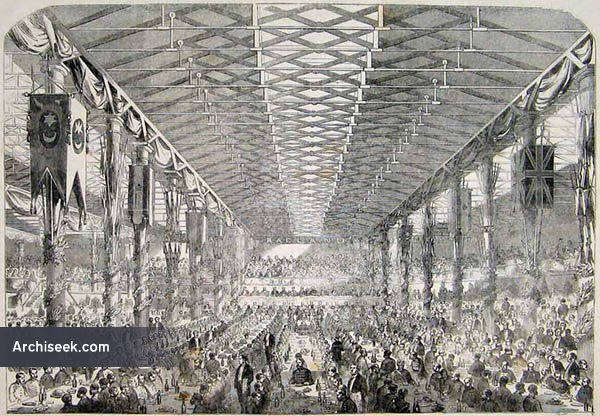 During the work by Michael Collins Associate, the plain brick south wall was replaced by a planar glass wall set back to allow the vaults to be seen from street level and to allow daylight light into the vaults. An entrance door has been provided in response to the construction of the Sean O’Casey Bridge. A new glazed structure on the west façade provided access to the vaults from outside the building. On the east façade, all of the necessary service entrances, fire escapes, loading bays and building services were housed in compact plant rooms.