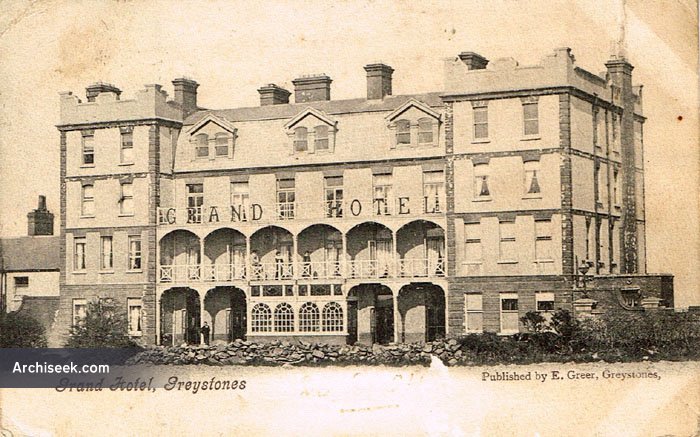 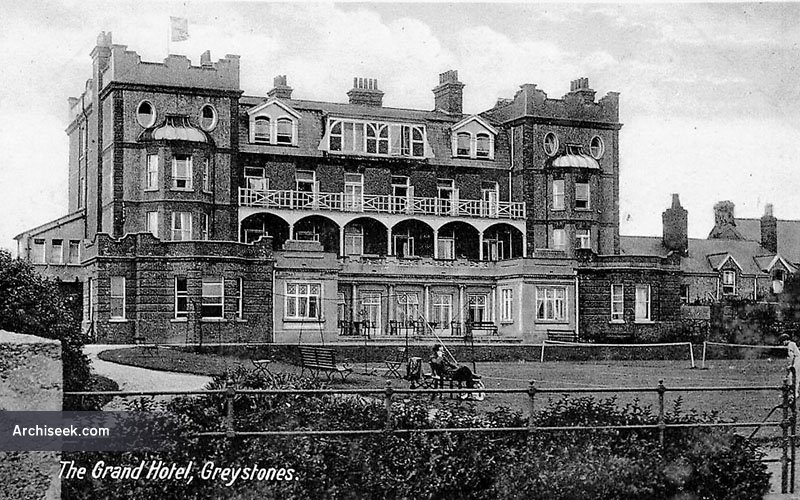 An eclectic Victorian seaside hotel designed to take advantage of the railways. Later known as the La Touche Hotel. Closed in 2004 and has been sold for development into housing. The planning permission granted in 2015 provides for the redevelopment of the original hotel into five four-storey townhouses and the building of a number of residential blocks rising up to four storeys in height. 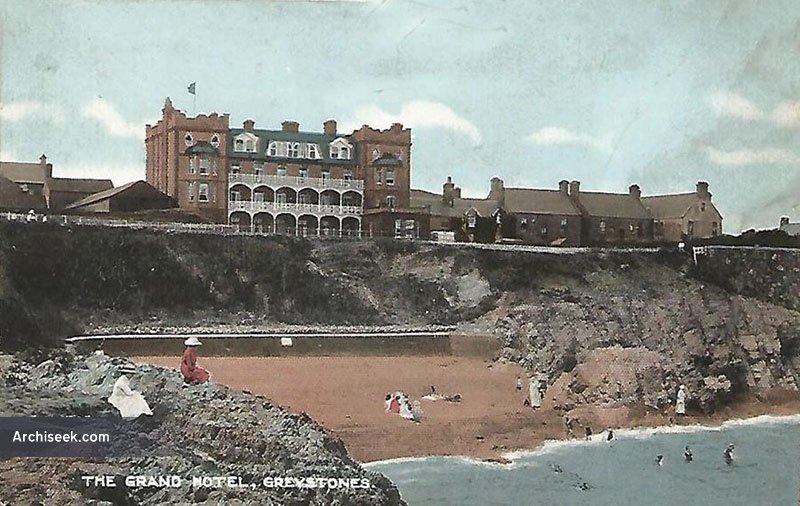 The opening of the hotel was described in The Freeman’s Journal, 4 June 1894: “The Grand Hotel, which has been built at Greystones, has just been opened, and on Saturday a large number of gentlemen, in response to invitations issued by the Directors, attended at a dinner given in the hotel in honour of the occasion. The new hotel is built quite near to the sea, so that when the tide is in, the water comes within a few yards of it. The architect was Mr W M Mitchell, while the building, etc., was carried out by Mr Kiernan and Mr Baird. The hotel reflects credit on everybody who has been associated with it. There are no fewer than forty rooms in it, and these include billiard and smoking rooms, a commodious coffee room, and a ladies’ dining room. The entire hotel is furnished in the most luxurious style; and beyond all doubt this splendid edifice adds a fresh element of beauty to a district which is singularly rich in its possession of those picturesque combinations of hill and dale for which Wicklow is renowned. From the north Bray Head frowns down upon it; westward the wooded slopes of the Wicklow Mountains, and on the south and east, the mighty sea. Nobody could pitch upon a lovelier spot for a hotel. Hitherto Greystones has been rather neglected; now with a hotel like this, and the cordial co-operation of the railway company, it may fairly be said to be raised to a position of friendly rivalry with Bray. During the summer months coaches will be run at frequent intervals between the Grand Hotel and Glendalough.”