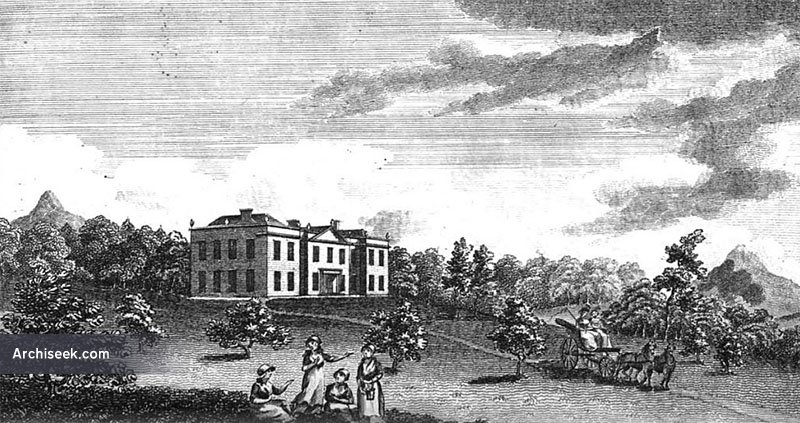 The Ballydonagh demesne was bought in 1753 by David La Touche, a rich banker from Dublin of Huguenot extraction. He built a house between 1754 and 1756 at a cost of £30,000 and named it Bellevue. In 1785 it was inherited by his son Peter.

Described in ‘A view of antient and modern Dublin, with its latest improvements’ published in 1807: “He built the mansion house in 1754, and his son added the two wings. The whole is well planned; the offices also are commodious and numerous. The entire cost 30,000” and “The house is roomy and convenient furnished in good stile and contains some excellent stained glass particularly a chemist at work and fishermen bringing in their cargo by moonlight.” 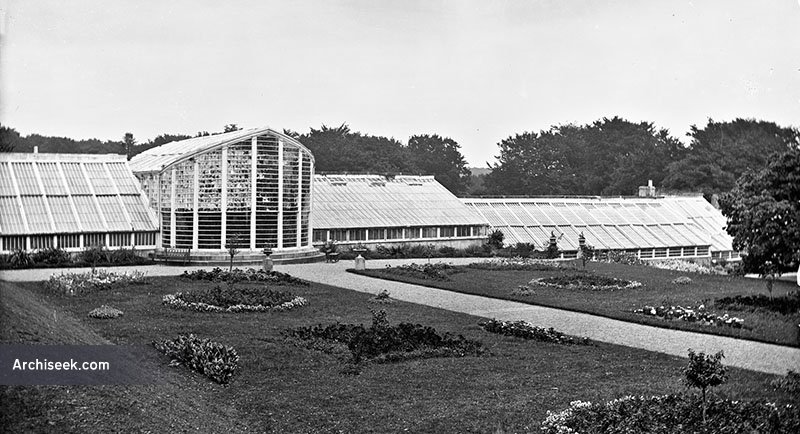 The house had massive glasshouses attached which snaked around the building ” … a 650-feet conservatory, which would house many exotic plants as well as an orangery, a cherry house, a peach house and a vinery. Completed in 1793, this magnificent creation was then the largest conservatory in Europe. …”

The family finally left Bellevue in 1913 after which the house fell into decay and was pulled down in the early 1950s.