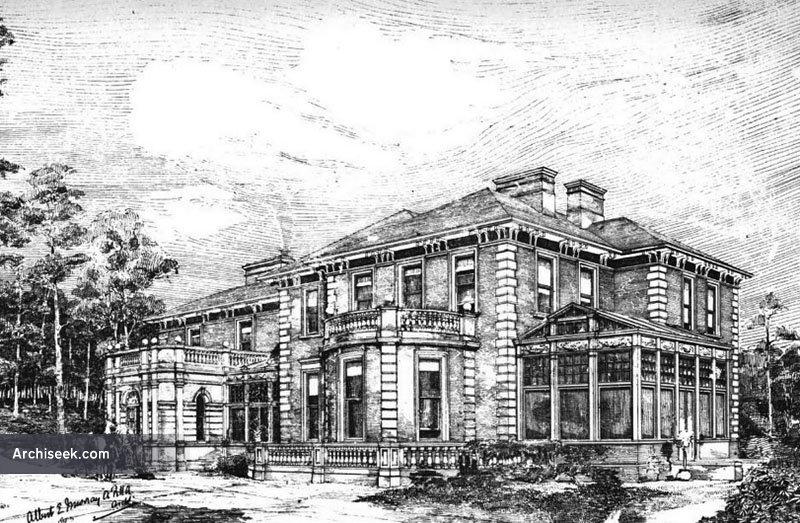 Originally a two storey house of around 1840 but later much extended into a large rambling Italianate mansion.

“Grace Dieu,the residence of T.W. Anderson Esq., is prettily situates about half way between Waterford and Tramore. The house has been altered and enlarged to such an extent that in fact our Illustration shows little except the new portion. The alterations comprise porc, halls, staircase, drawing room 40 ft long. library. bed rooms &c., box stalls &c., have been fitted up in stable offices. Mr J. Kiernan of Talbot street was the general contractor. Mr M. Garvey carried out the plumbing, general heating, and electric lighting works. The whole was carried out from the designs and under the superintendence of Mr Albert E. Murray, ARHA FRIBA architect, Dublin.” Published in The Irish Builder, July 1 1894.