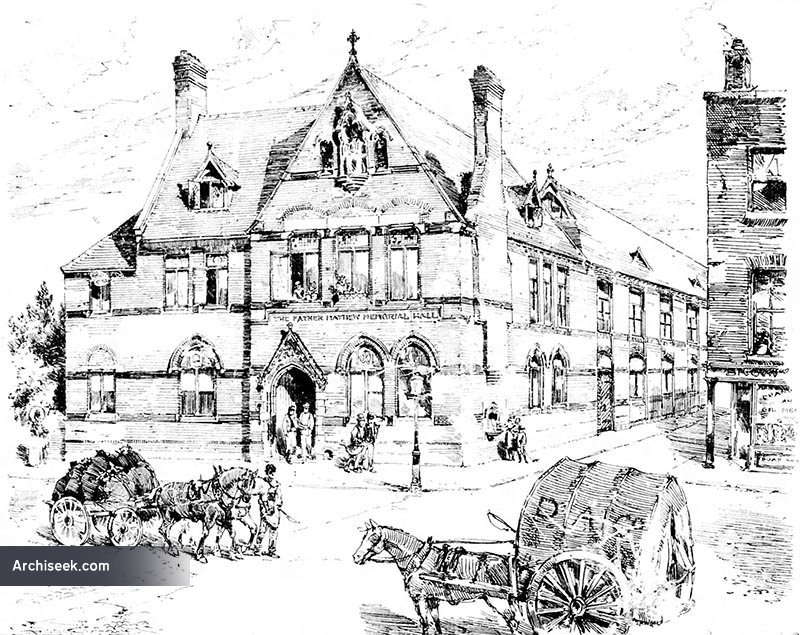 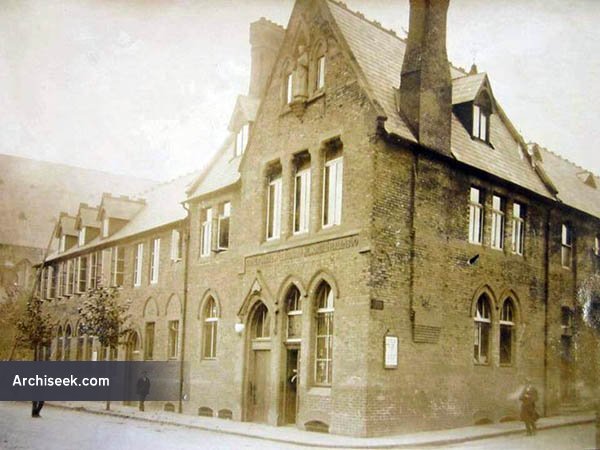 Later extended by Charles J. McCarthy and Anthony Scott. Used as a makeshift hospital for wounded volunteers during the 1916 Rising., and for many years the home of the All-Ireland Feis Ceoil. The hall ceased to be used for public functions in the late 1990s. Now converted to office accommodation.

“Our illustration is a perspective view of a new temperance hall which is being erected as a memorial to the great Apostle of Temperance, the late Rev. Theobald Mathew, in this city. It is intended to supersede the old building in Halston-street, which for a number of years has been devoted to temperance meetings under the presidency of Very Rev. Jas. McMahon, P.P. St. Michans’s. It occupies a frontage in line with the Church of the Capuchin Fathers, Church-street, with which it will harmonises as to style of architecture. On the right of entrance will be a coffee-bar, and on the left a committee-room. At upper end of hall a stage will be erected which will serve also as a public platform. Beneath the stage will be dressing rooms with entrance from Bedford-street. The plans provide a suitable hall for temperance meetings as also reading and amusement rooms, gymnasium, &c. The cost of the entire will be about £2,500, ad the committee hope to have the building erected by the 10th of October next, the date of the centenary of the birth of Father Mathew, Mr. W.G. Doolin, M.A., is the architect.” Published in The Irish Builder, April 15 1890.