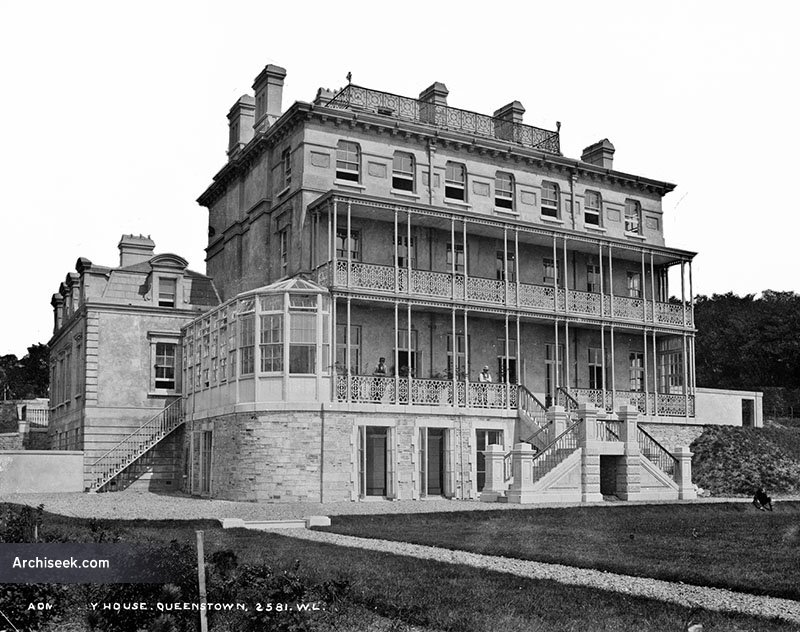 A British Naval colonial building, in a high Victorian style with extensive iron verandahs that overlook the sea. These verandahs are very much a feature of other Admiralty Houses around the world. Despite additions to the front elevation, it retains much of its original form.

It was used as the residence of the commander of the Coast of Ireland Station. The Admiral Commanding in Ireland was based in Cobh from 1797 to 1922. From 1919 to 1922 the command name was changed to Commander in Chief, Western Approaches. The Royal Navy still had ships stationed in Cork, as part of the Anglo-Irish Agreement, until the handing over of the harbour forts to the Irish Government in 1938.

Following Ireland’s independence from Britain in the 1920s, the house was rebuilt as a novitiate for the Convent of Mercy by Ashlin & Colman. Now home to St. Benedict’s Priory.