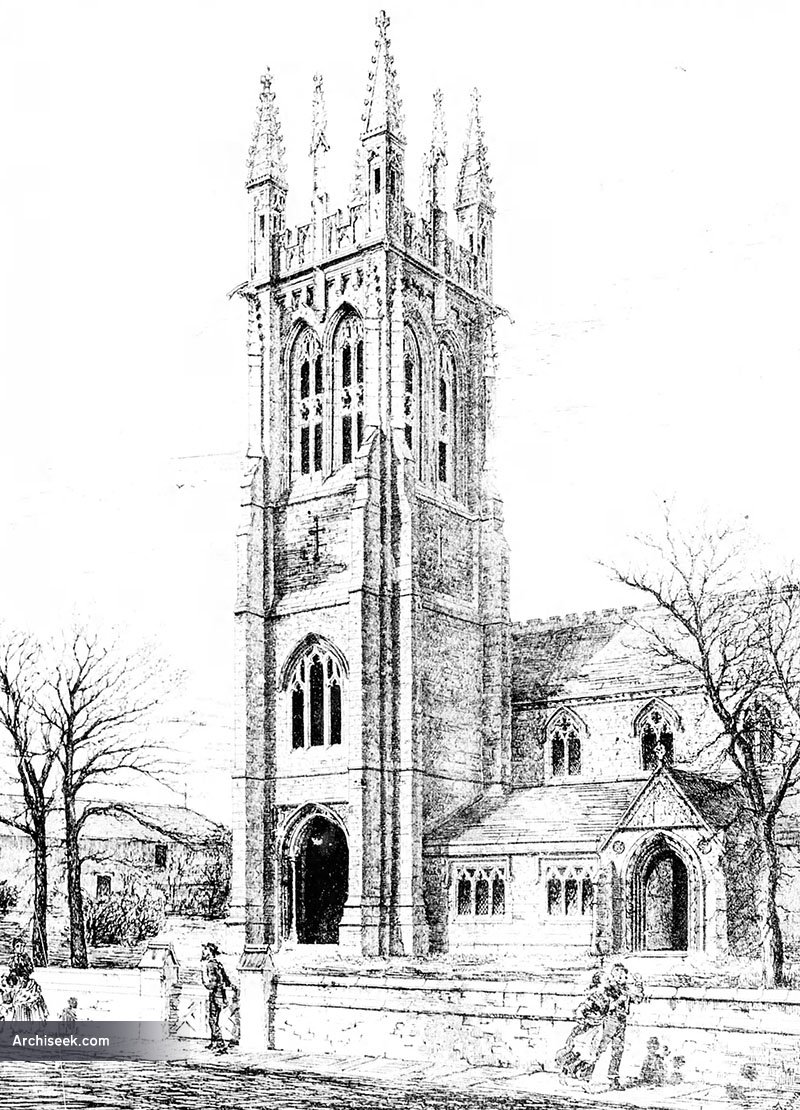 An earlier church, heavily remodeled in 1883-85 to designs by Sir Thomas Drew. His alterations included a new tower, raising of the roof, addition of a northern aisle and porch to the south. The church reopened and was dedicated 28 April 1885.

“A new towers, now in course of erection, has become a prominent feature in the town of Coleraine. For many years an uninteresting block of masonry has occupied the site on which stands the new structure. Alterations have been carried out in the aisles, the clerestory raised, and a new chancel and porch have been substituted for the old one. The architect is Mr. Thomas Drew, R.H.A., and the design has been carried out by Messrs. Dixon and Co., Belfast. The illustration is photo-lithographed from a sketch by Mr. J.F. Fogerty, B.E.” The Irish Builder, December 15 1884.