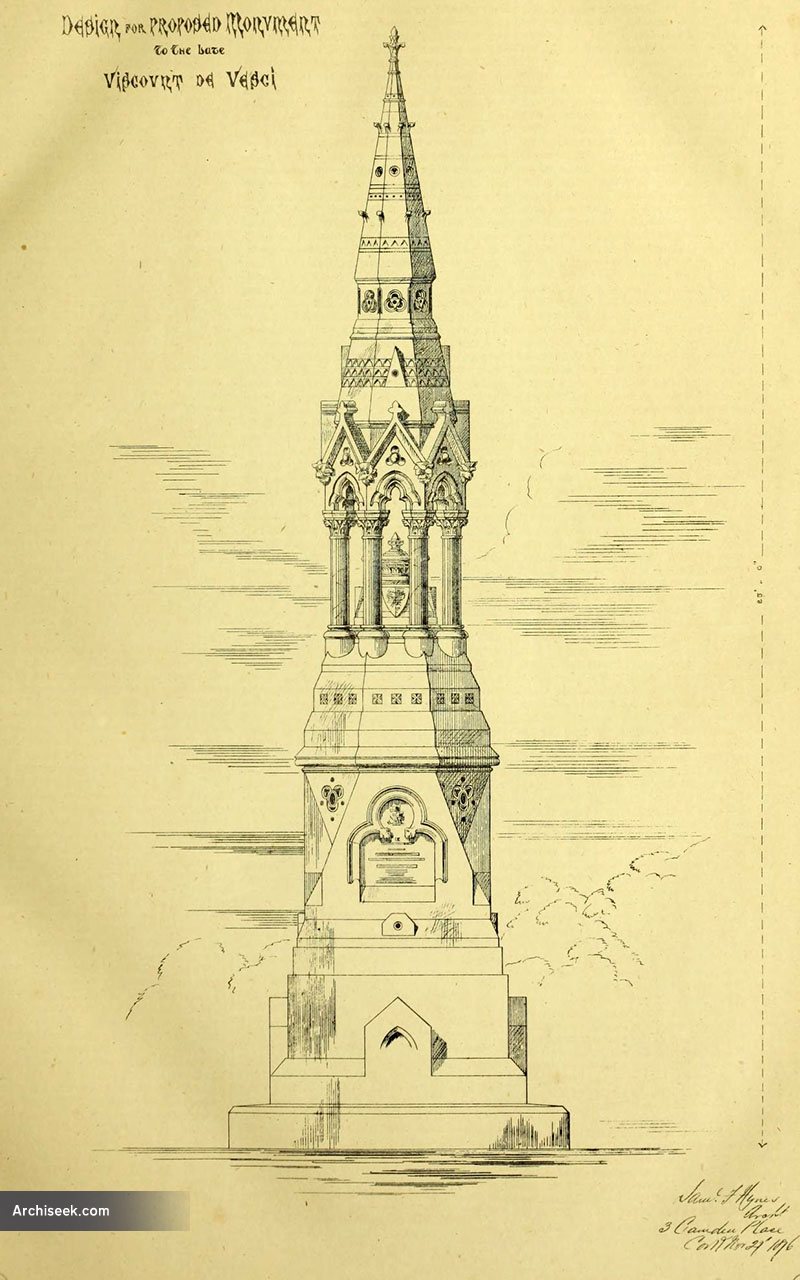 The second placed entry in a competition for a memorial for Thomas, Third Viscount de Vesci. The competition was won by Rawson Carroll and his design constructed in 1878.

“It was proposed to be executed in finely-wrought limestone of a good colour; the shafts of canopy of polished red marble ; the trefoils in upper stage, inlays at base, &c, to be of different coloured marbles. Under the octagonal canopy was to have been a carved coronet, and immediately there under shields emblazoned with the family arms. The inscription was intended to be placed in the panels in base. The height of monument, 25 ft. ; and its cost, £300. In a letter which accompanied the drawing when returned, the hon. secretary to the Memorial Committee writes : — ” Sir,—The committee for receiving designs for the above have decided in adopting one by Mr. R. Carroll, of Dublin. Of all those submitted to them, your design and his were the only ones selected for competition, and they were so good and of such merit that the committee have not until now come to a decision between them. R. C. HAMILTON.”