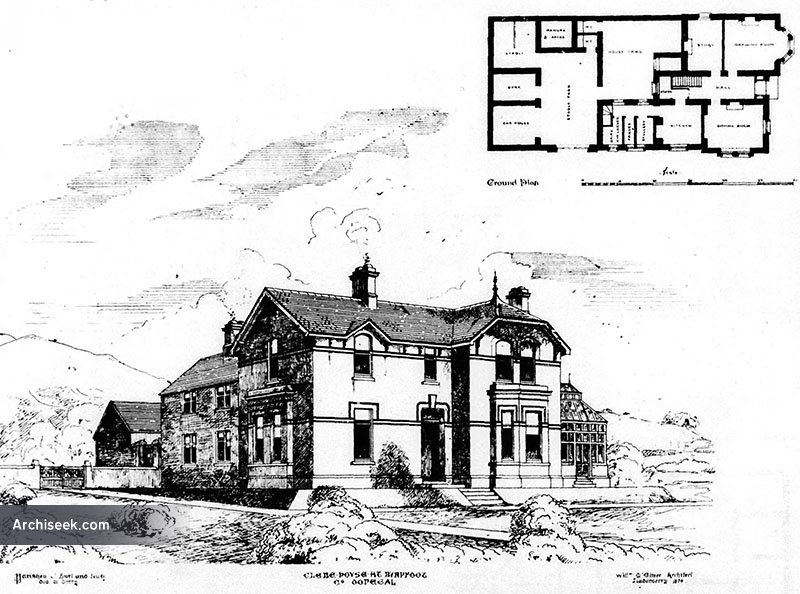 Published in the Irish Builder, October 1 1875 as part of a small feature on buildings constructed as a result of the Glebe Loans Act. Paid for by a grant from the Commissioners of Public Works, the total cost was around £940 not including the conservatory. It is unclear if the conservatory was constructed.

“The drawing shows south-west view of this house which has been built as the parochial residence for the incumbent of the parishes of Burt and Inch, diocese of Derry and is pleasantly situated near the village of Burnfoot, about five miles from the city of Derry.”

“The house has been built in rubble masonry of the stones quarried at site, and walls are finished on outside with lime roughcast; the strings, mouldings, and window dressings, chimneys, and bays, being in Portland cement plaster. The roofs are covered with Bangor slates, and bays with sheet lead, having cut stone cornices etc. Internally the outside walls are battened, and the joiner-work has been finished in carefully-selected wood, stained and varnished.”