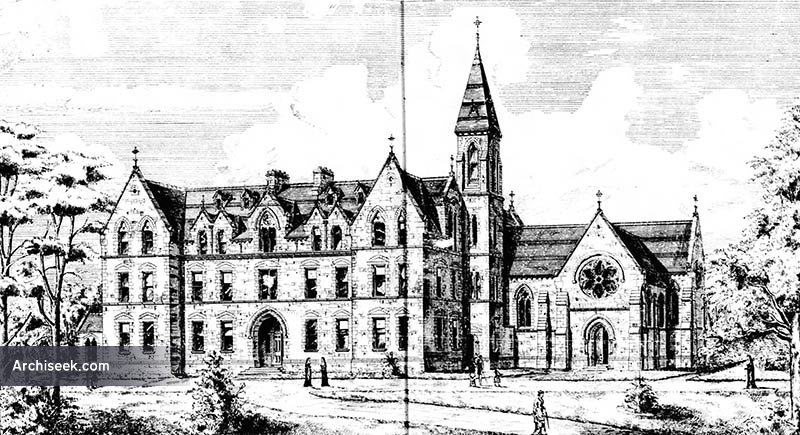 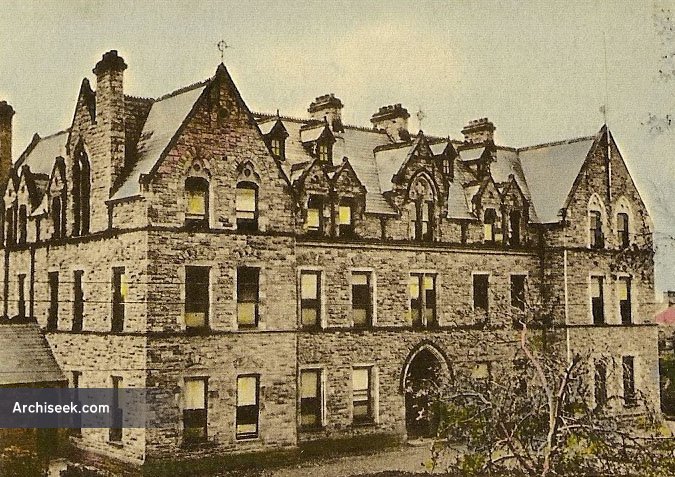 The foundation stone for the new convent was laid on 15th September 1879, but building work was suspended for a period during 1881-1882, on account of the effects of a ‘mini famine’ in the local area. Also known as St. Catherine’s.

The new building was to consist of a detached nine-bay, three- storey convent with projecting gabled end bays, recessed entrance, projecting accommodation, sanitary and stair wings to the south. Elements of the design illustrated including the chapel and tower were not completed as designed by the architects. The building was completed just months before the architect, John O’Neill, passed away.

“It occupies an elevated site on the north bank of the river Erne, overlooking the town and bay of Ballyshannon. The walls are of limestone, hollow and lined with brockwork The dressing are of freestone, principally from Dungannon quarries. Besides the usual reception rooms, and a public chapel, there will be privision made for twenty-fpir religieux. It is intended at a future period to add schools.” The Irish Builder, January 16 1880.

The Sisters of Mercy occupied the building on 2nd April 1883. It has since ceased to be used as a convent, closed in 2002, and is under conversion to a medical care facility.