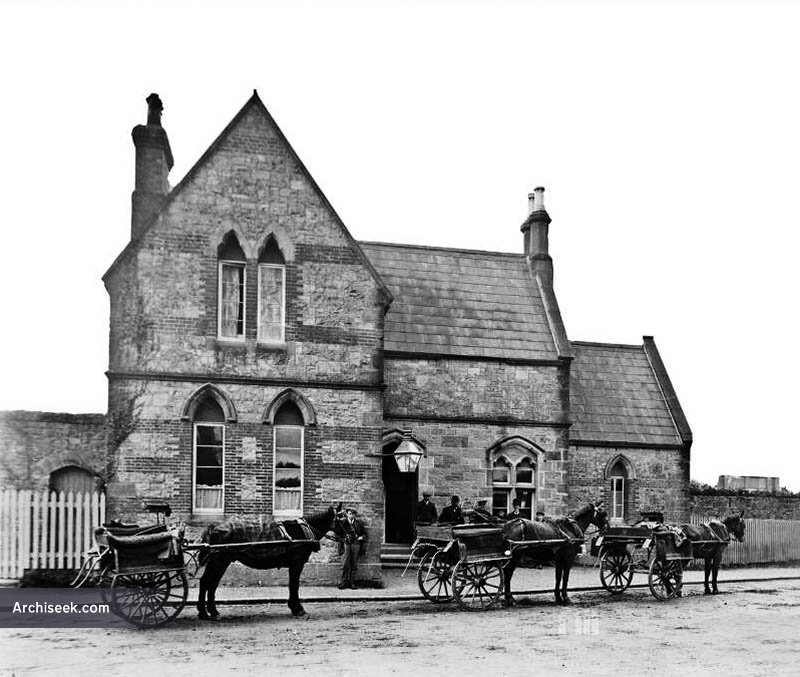 Small Gothic station constructed for the Dundalk and Enniskillen Railway Co. and which opened 26 August 1858. Later operated by the Great Northern Railway. Like many other lines across Ulster, it was closed on 1 October 1957 by the Ulster Transport Authority.