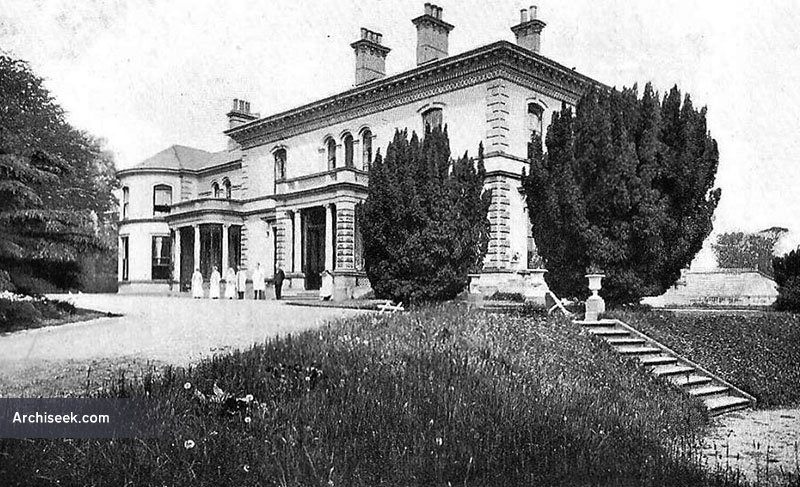 An imposing two-storey, Italianate stucco house designed by Sir Charles Lanyon, as a private residence for Richard Davison MP. It was later sold to Lanyon who resided there for the remainder of his life. He died, after a protracted illness here in 1889, and was buried at Knockbreda cemetery, near Belfast.

After 1897 plans for a ‘hydropathic institution and pleasure resort’ fell through, the house for sold in the early 20th century for use as a sanatorium. It was later converted into an administration block which meant internal alterations. The building is currently empty, but boarded up securely.