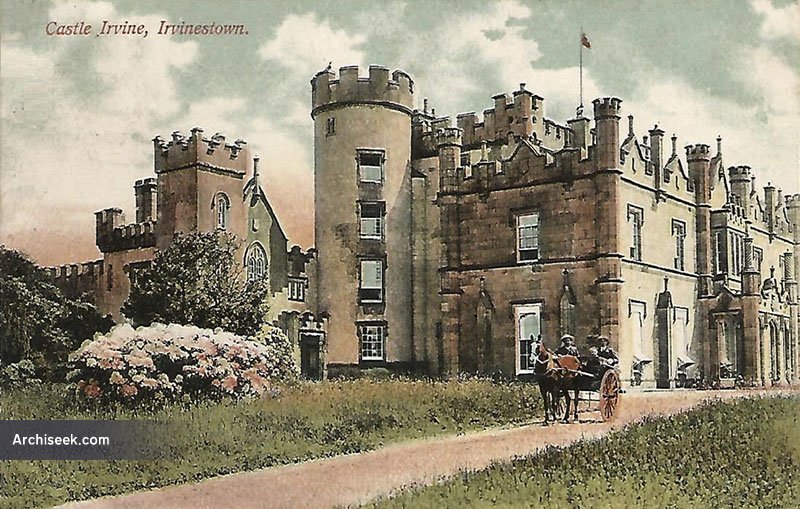 Originally a four storey, 16th century castle, a large two storey addition was added between 1830-35 by architect John B. Keane in a Tudor-Gothic style. In contrast the interior was in a classical style with some fine Corinthian columns. After the Irvine family sold up in 1922, there has been a number of owners including the local council who turned the demense into an equestrian centre.

The estate was used by the RAF and the United States Navy during the Second World War – the house as a hospital. It originally had 200 beds but was soon enlarged to a 500 bed institution and released to the American Army. It was here that the 28th Station Hospital was set up. Americans recuperated while they built up their strength getting ready to fight on the beaches of Normandy.

Sadly it has not been lived in since, and currently stands boarded up and is in very poor condition. Also known as Necarne Castle.