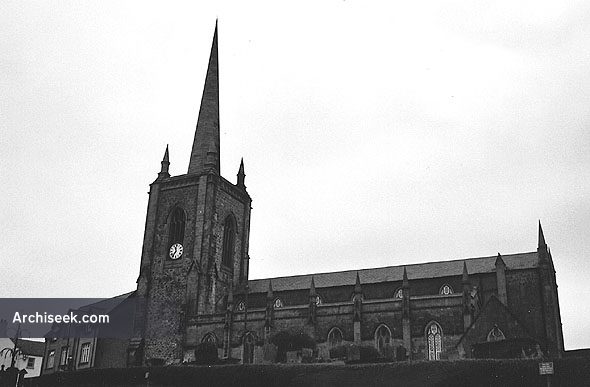 When designing the Cathedral, William Farrell kept the tower of the earlier Plantation church, but built the new church off-axis, leaving the tower to stand to oneside of the wide nave. It has been extended many times, notably in 1889 when the chancel was extended. There is a fine galleried interior – with both aisles connect through the organ loft. In 1970, part of the nave was converted into a regimental chapel in memory of the Royal Inniskilling Fusiliers and the Royal Inniskilling Dragoons, both of which were since absorbed into other British Army regiments.