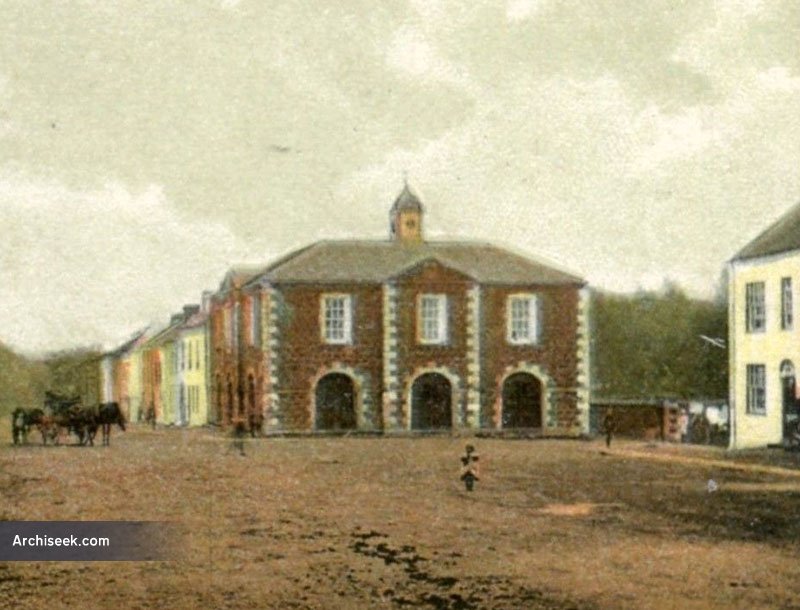 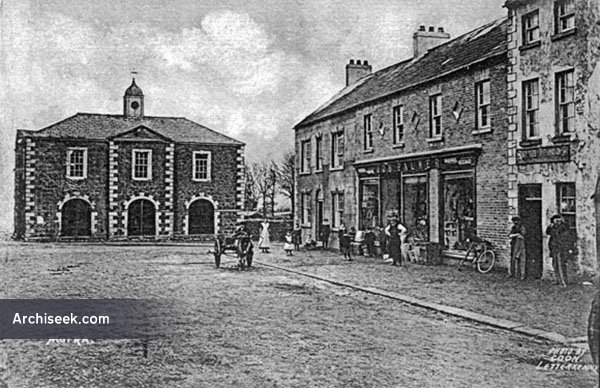 Moira Market House was built about 1810 for Sir R Bateson. It is a two-storey three-bay structure with the central bay breaking forward on each side. Described in Lewls’s Topgraphical Dictionary of Ireland as “he town, though small, is well built, and remarkably clean; it is the property of Sir R. Bateson, Bart., and consists of one long spacious street, containing a court-house, a large handsome building, erected by the proprietor, in which a manor-court is held, every three weeks, for the recovery of debts under £5, by civil bill and attachment; petty sessions are also held here on alternate Mondays, and it is a constabulary police station. Fairs take place on the first Thursday in February, May, Aug., and Nov., for black cattle, pigs, agricultural produce, pedlery, &c” The building still stands and is church as a church but is missing the pediments and cupola.