1966 – Church of Our Lady of the Assumption, Newcastle, Co. Down 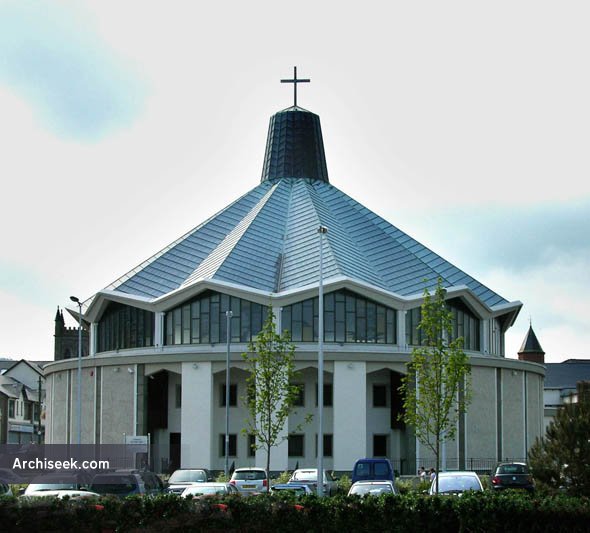 Our Lady of the Assumption Church was first opened on 12th June 1966. The church is reputed to be the first circular church in Ireland and is now a listed building as ‘an example of sixties’ architecture’. It was intended to refurbish the church for its fortieth anniversary in June 2006 but this was brought forward by the fire in the church on 15th May 2003, which badly damaged one section of the church and smoke damaged the entire building.