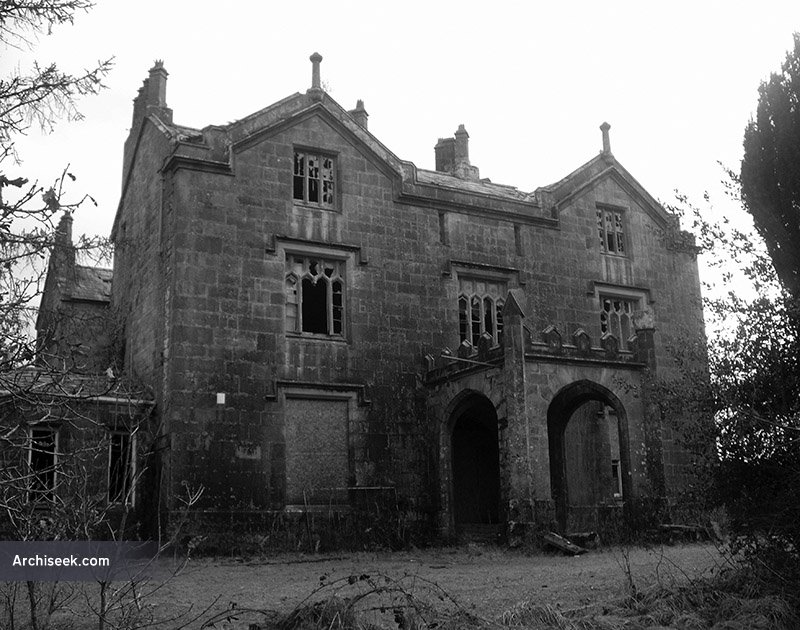 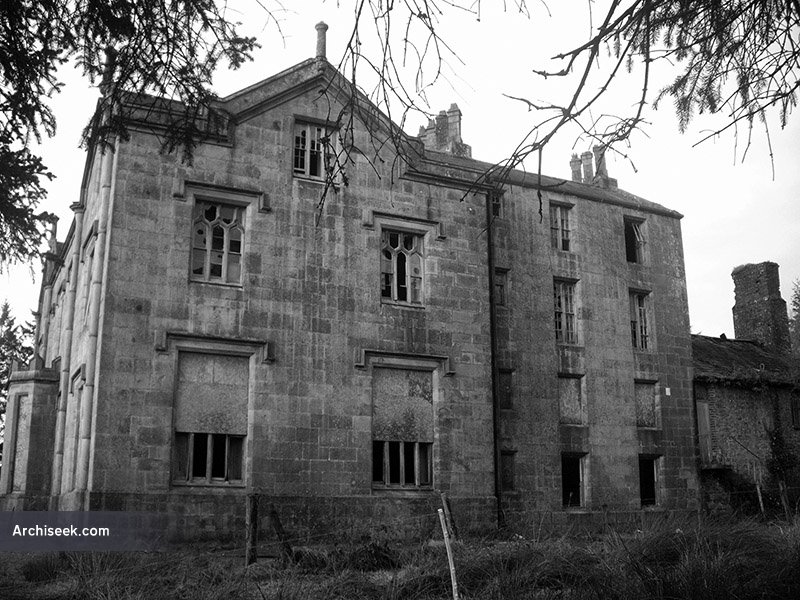 The original house of the demense was destroyed in 1823 by an accidental fire, and replaced with a larger structure by Captain John Corry Moutray of Castle Coole. Captain Moutray commissioned the architect John Hargrave to design the new building, which was completed in 1825 in a rather austere Tudor revival style.

The house consists of two storeys with an attic of low-pitched gables in front and three storeys at the rear. The front of the house has big rectangular windows with elaborate Gothic tracery and hood mouldings over them. Derelict for many years, arsonists badly damaged the house in April 2011.