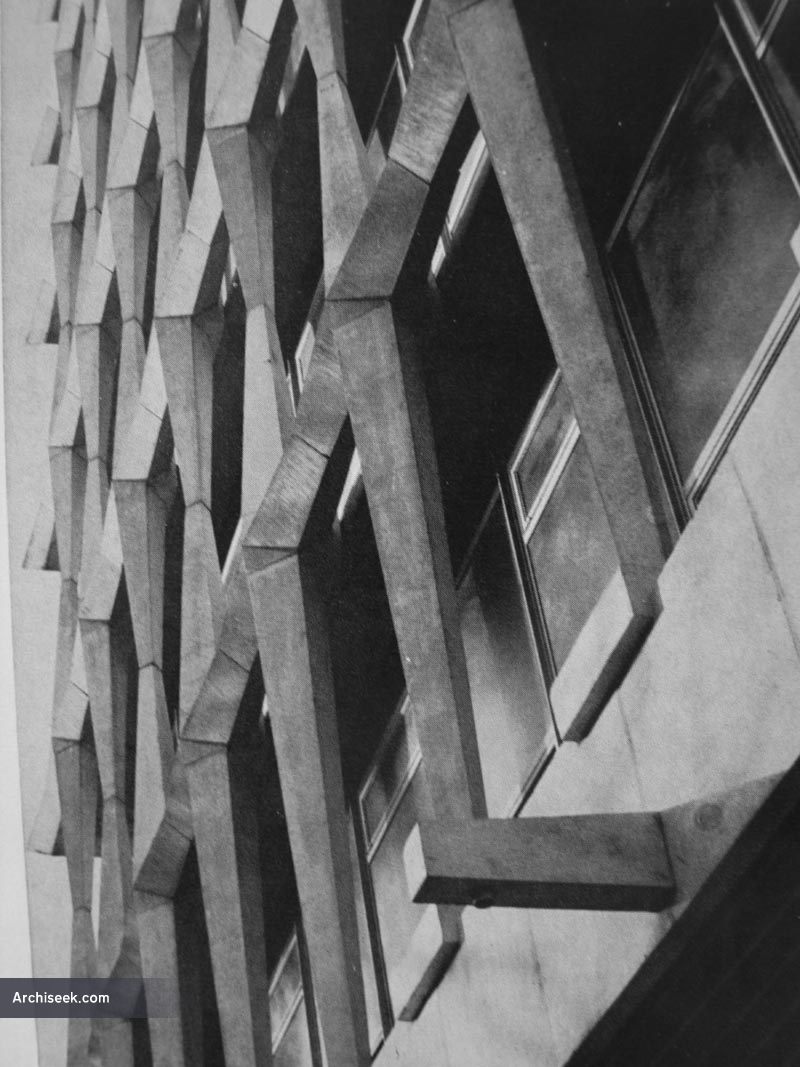 Designed by Patrick McSweeney who was Cork County Architect from 1953 to 1975 and designed numerous buildings in and around Cork City. Cork County Hall, was at the time of its completion, the tallest building in Ireland, surpassing Liberty Hall in Dublin by a matter of feet.

When completed in 1968, the design was a single, elegantly proportioned, vertical block with a textured surface of precast concrete tracery which eliminated the need for scaffolding during construction. This high rise solution was a striking architectural concept which had not been attempted previously in Ireland, which for the first time combined all administrative and civic departments within the one building. 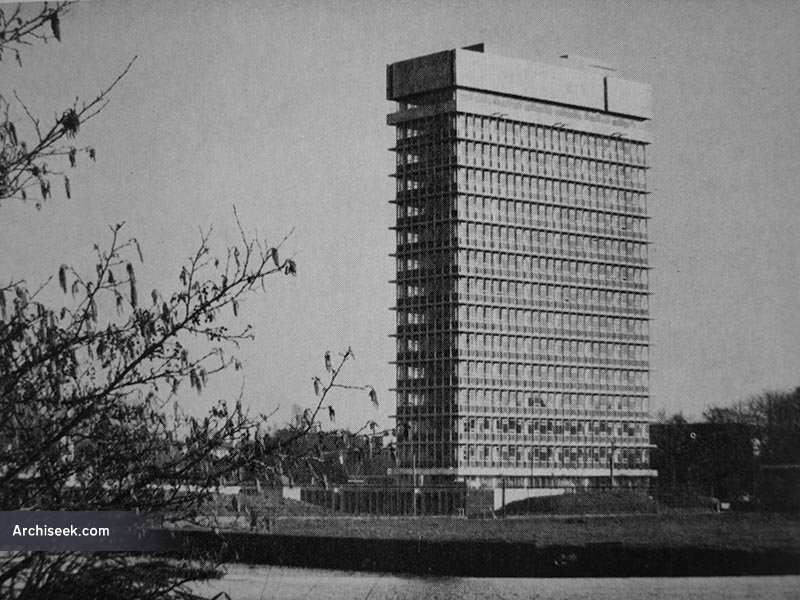 Quite distinctive in the external design of the building was the white concrete tracery, which formed a lattice work over all four faces. It concealed the platforms outside the windows, on which each floor was created. The concrete panels were not used structurally but were suspended from the main structure.

The architect, Patrick McSweeney noted in a commemorative brochure to mark the official opening that it was quite logical that the facade should be broken up into different planes: the building would weather better; and it also provided the opportunity for what he deemed a “livelier and more kinetic architecture”.

A redevelopment project began in 2002, which was opposed by An Taisce. The original distinctive concrete facade had been severely eroded, and it was decided to replace rather than repair this, as part of an expansion scheme. A louvered glass cladding replaced the original concrete, an extra storey to the tower, and a six-storey extension at ground level was completed in June 2006.